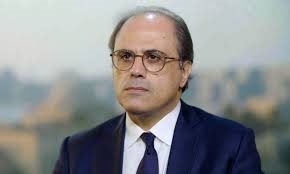 Jihad Azour, Director of the Middle East and Central Asia Region at the International Monetary Fund, talked about the impact of the Corona pandemic on the economies and markets of the region, scenarios and requirements for the transition of Arab countries to the second stage of facing the crisis, which is to relocate the economy.

And appreciating the size of the losses of the countries of the region resulting from Corona so far, Azour revealed to the site "First - Economy and Business" that the International Monetary Fund today is in the process of re-evaluating the numbers and expectations for this year, and within two weeks the picture becomes clear.

He pointed out that, "With the beginning of Corona, the data indicated a decline in the economic growth of the region by 4 percent as a general rate, which is equivalent to removing 425 billion dollars of the gross domestic product of the countries of the region. But we expect this decline to become even greater. ”

With regard to the International Monetary Fund loans to Arab countries, Azour announced that “the fund received requests for financial support from about 10 Arab countries, and we worked to approve most of them quickly. And the request of Lebanon to obtain a fast loan is also being studied, and Iraq has also made an inquiry, but it has not requested a loan yet. It is expected that the Fund’s financing for the countries of the region will increase by 2020 by 75 percent over the previous year.

Azour pointed out that "the Middle East and North Africa region, in conjunction with Corona, suffered a parallel shock represented in the drop in oil prices, which would lead to a decline in exports of the oil-producing countries by $ 250 billion this year. It also affected the importing countries in terms of reduced capital and investment flows and the exit of funds from their financial markets, and more importantly, the decline in remittances of workers abroad.

He believed that "the countries of the region are on the verge of the end of the first stage and the beginning of the second stage of dealing with the consequences of the Corona virus. Where the first focused on facing the pandemic, while the second transitional stage is based on re-moving the economy and adapting to a different era than the global and regional economy before Corona, considering that “Arab governments should take all necessary steps to move the wheel of the economy, improve productivity, and stimulate investment.

Among the most important measures necessary to achieve these goals are facilitating the movement of the private sector, the primary engine of the economy, and supporting sectors most affected by the crisis such as tourism, aviation and agriculture, and the need to invest in technology to transform into a productive and job-generating sector, in addition to activating the regional cooperation system in a way that creates larger markets.

Azour emphasized that “maintaining financial stability is the first line of defense for the Arab countries, especially since the number of countries in the region with a high level of debt has increased significantly in recent years, especially countries that import oil, two-thirds of whom suffer from a debt level that exceeds 80 percent of their output the local".

Stressing the necessity of the countries of the region avoiding the two options of obtaining high interest loans or financing the government at the expense of the economic sector, explaining that the expectations of the International Monetary Fund indicate that “with the decline in growth and the impact of this on government revenues, the size of the debt in most Arab countries will rise as a rule ”

Azour explained that "most Arab financial markets witnessed a wave of money displacement due to corona, but this wave receded." As for direct foreign investments, he saw that "there will be a difficulty in attracting them during the coming period, and there is a need for Arab governments to take specific, innovative and unprecedented steps to stimulate and attract these investments."