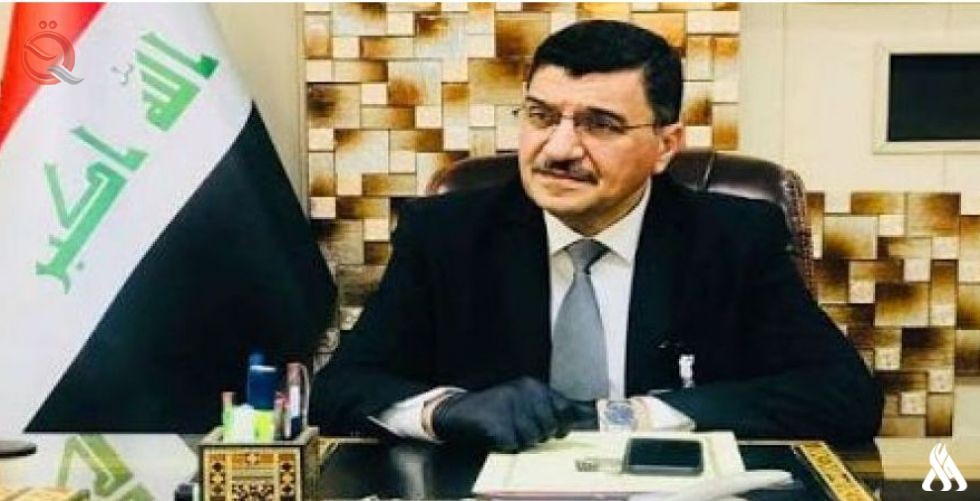 On Thursday, Minister of Water Resources Mahdi Rashid Mahdi affirmed that the dams in the country are very excellent and ready to receive any amount of water, including the Mosul Dam, while he revealed that close negotiations would soon start within a closed-circuit television with Turkey and Iran over the Elisso Dam and water rations.
Mahdi said in an interview with the official "Al-Sabah" newspaper and seen by "Al-Iqtisad News" that "the dams situation in the country is very excellent, ready to receive any amount of water, including the Mosul Dam, where we are reassuring citizens, that the dam works with great distinction on The hands of young cadres trained in modern technology by the Italian company (Trevi), which was entrusted with the maintenance of the dam earlier, as well as the American Engineers Corps, especially that the excellent experience that occurred in the Mosul Dam, was transferred to the Darbandikhan Dam after an earthquake. .
Mahdi added, "The ministry is currently keen to increase the storage capacity of the dams and protect the capital, Baghdad, from flooding, by establishing a dam dam on the Tigris River in Salah al-Din, with a storage capacity of 3 billion cubic meters, at an initial cost of two billion dollars," revealing "work". To revive the Badoush Dam project, which has been implemented at around 40 percent in the 1990s. "
On the relations with the Kurdistan Region regarding water resources, Mahdi stressed that "our relationship with the region is very good with regard to water resources, as the water file cannot enter the political side, because all dams in the region are technically managed by us, and that their maintenance It is up to us, but the administrative side of the employees from salaries and allowances is the responsibility of the regional government. "
He continued, "We are currently working on linking the salaries and allowances of employees working in dams and reservoirs in Kurdistan with the federal government, because this facility provides service to all of Iraq, and not only to Kurdistan."
On the Turkish Alyso Dam and negotiations with Turkey and Iran on water quotas, the Minister of Remote Resources revealed that "important talks with Ankara and Tehran in this regard are close to launching," attributing the reason for the delay in those discussions to the "Corona pandemic", while the negotiations are likely to be within a circle Closed television. "
He explained that "our discussions with the Turkish side focus on ensuring the water rights of Iraq in the Tigris and Euphrates rivers, and there are positive signs from the Turks through the Special Representative, as Turkey has expressed its willingness to engage in dialogue, but with the Iranian side we will work hard in coordination with the Ministry of Foreign Affairs for the purpose of activating the water protocol attached to a general agreement 1975 ".