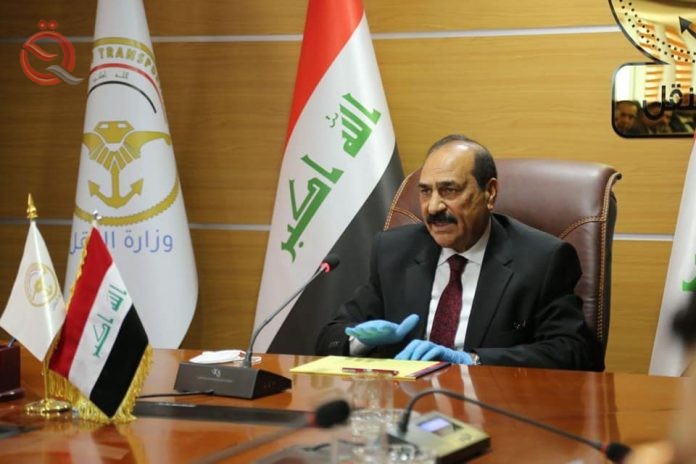 The Minister of Transport, Nasser Al-Shibli, announced, on Tuesday, that the ministry is heading towards reducing the price of airline tickets in Iraqi Airways, while it disclosed the first package of reforms in the ministry, which includes administrative changes.
Al-Shibli said in a statement reported by the official "Al-Sabah" newspaper and seen by "Al-Iqtisad News", that "the text of the first package of exceptional reforms in the Ministry of Transport is to make administrative changes between the divisions and the people of the Iraqi Airways Company with a review of airline tickets prices for travelers", noting He “instructed the senior management of the company to undertake a review of the ticket price amount in light of new situations after the fallout from the Corona pandemic.”
He added that "the prevailing prices in the company are currently not suitable for people with limited income, students, patients, media workers and employees, in return, and we directed that all debts owed by Iraqi Airways agents be completed within a limited period, and in case the agent fails, the reservation system will be suspended and tickets issued for it.
Al-Shibli pointed out that "putting the reform and development plan for financial resources a priority for management in lower locations responsible for the ministry's formations to see the reality of its actions and the obstacles and breaches that occurred and treatment according to the applicable law."
The Minister of Transport pointed out that “the strategy of restructuring and building the Ministry’s formations focuses on the transition towards technical informatics and artificial intelligence with the aim of advancing in administrative and development performance, applying standards of administrative discrimination in providing services, competing with the private sector in freedom of commercial work, and enabling the ministry to employ and develop human skills.”