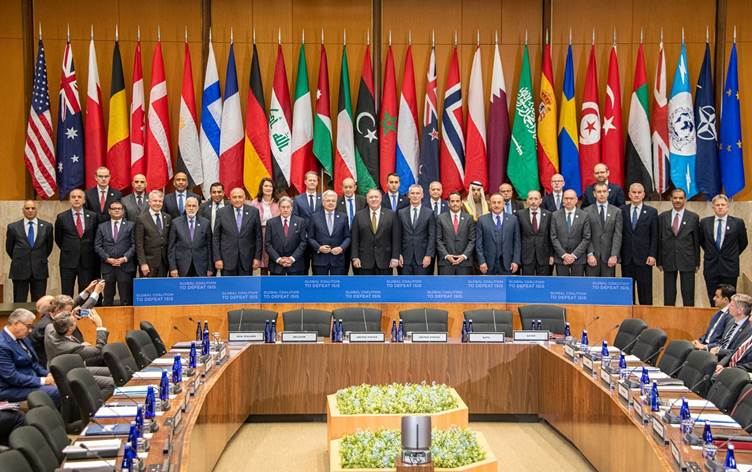 The foreign ministers of the member states of the international coalition against ISIS concluded, Thursday, their meeting by emphasizing support for Iraq, respect for its sovereignty, and an appreciation of its sacrifices against the organization.

The closing statement of the mini-ministerial meeting of the international coalition against ISIS, which was held through the visual communication mechanism, stated that "the meeting was held with the aim of confirming the joint commitment to continue the war against ISIS in Iraq and Syria."

The statement added that "the foreign ministers emphasized the protection of civilians, respect for international law and United Nations Security Council resolutions in all circumstances."

He pointed out that "the ministers stressed the strengthening of coordination and cooperation among the countries of the international coalition to ensure the failure of ISIS to bring any area under its control."

And the price of "the sacrifices of the Iraqis in the war against ISIS," stressing "respect for the sovereignty of Iraq and the desire to enhance its security."

He also pointed out that ISIS threats are continuing and it is necessary to continue coordination in this area.