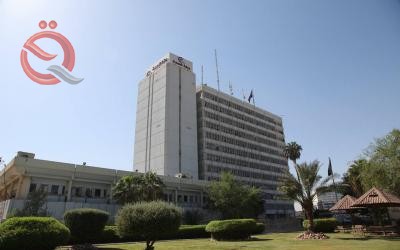 The World Health Organization has revealed that medical aid has arrived in Iraq to help it deal with the Corona epidemic with a value of $ 3.6 million, noting that the organization has provided during the last period various medical assistance and equipment worth $ 1.3 million.
The head of the emergency team at the World Health Organization in Iraq, Dr. Wael Hahtat, said in a statement reported by the official "Al-Sabah" newspaper, which was read to him by "Al-Iqtisad News", that "medical assistance by the World Health Organization from the main center of the organization will arrive in Iraq soon to face the Corona epidemic with a value of 3, 6 million dollars, including about 176 thousand (psr) used in the testing and detection of cases infected with the Corona virus, 50 thousand several laboratory isolation for the virus and 90 thousand devices for transmitting the samples, two million and 500 thousand ppe)), protective suits, masks, medical shoes, 88 medical beds and 100 monitoring screens For infected people, as well as oxygen concentrators. "
He explained that "that medical assistance will be provided during the next three months in a row", pointing out that "the closure of airports and the suspension of transport traffic in many countries of the Middle East region, caused a delay in the delivery of the first shipments of equipment, which was scheduled to arrive during the month of May last ".
Hattahat expected: "With the beginning of the opening of the airports, the delay will be compensated and the equipment delivered to the Ministry of Health, which will in turn distribute it among the governorates, including the provinces of the Kurdistan Region, during the coming period."
The official in the World Health stressed that "such medical assistance will have a large and effective role in giving space to the Ministry of Health to increase the number of daily field examinations for the injured, better assessing the epidemiological situation and treating cases that require greater medical intervention."
And that "the World Health Organization has provided various medical assistance worth $ 1.3 million so far to confront the Corona epidemic in Iraq, which are devices for diagnosing cases of coronavirus, 50 thousand sample transfer devices and 500 thousand ppe that include surgical masks, N95 masks and other means of protection For the health sector, 34 advanced medical devices such as competitors, equipment for monitoring the vital activities of the body, (30) medical beds, as well as a number of drugs and medical consumables, and 200 thousand pieces of various medical equipment. "