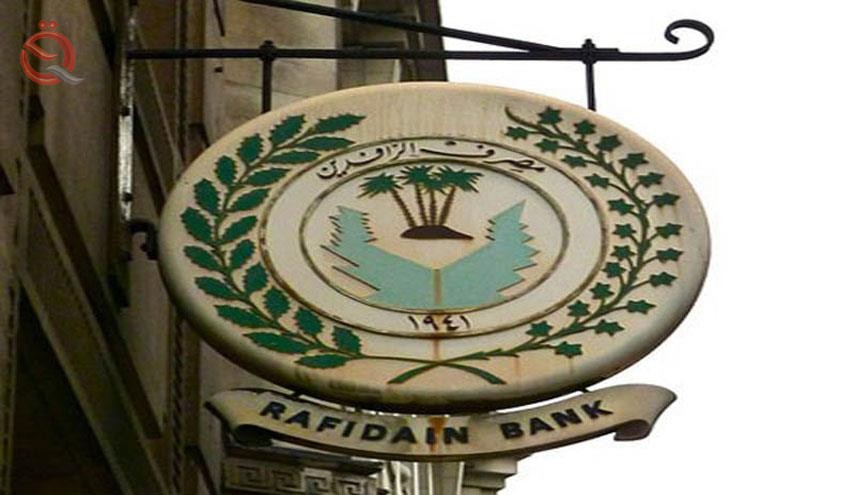 Economy News - Baghdad
On Saturday, Rafidain Bank directed its branches in Baghdad and the provinces to resume official working hours on Sunday.
The media office of the bank said in a statement received by "Al-Iqtisad News", that "according to the directives of the Minister of Finance, it was decided to resume the official working hours in the bank's branches tomorrow, Sunday."
The bank called, according to the statement, "the employees of its branches in Baghdad and the provinces not to make any gatherings that negatively affect the lives of customers and the occurrence of streamlining in the banking business while following the conditions of safety and health protection from the Corona virus." 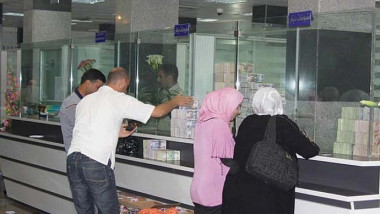 The Minister of Finance, with the exception of the employees of the Central Bank, the Rafidain and Rashid banks and all spending units, directed a comprehensive roaming ban for the payment of employee salaries, while calling for the aforementioned authorities to "abide by the instructions of the Supreme Committee and health authorities, and the need to use protective equipment and to stay away from gatherings and not to use the exception for private business , And cooperate with the security forces.

The General Secretariat of the Council of Ministers issued a statement yesterday, Saturday night, on the exceptions to the comprehensive curfew.

"The Supreme Committee for Health and National Safety has excluded a number of entities from the decision to ban the comprehensive roaming that it announced today, which will be implemented for a period of one week," the secretariat’s spokesman, Haider Majeed, said in a statement that the new Al-Sabah received a copy of yesterday.

Majeed added, “The entities are health, security agencies, and service departments, including electricity, municipalities, the Baghdad municipality, agriculture, and water resources, for the purpose of fulfilling their daily duties without any delay, and the exception includes media institutions, which in turn cover their media activities in general, Corona's pandemic activities to educate citizens in particular.

The statement pointed out that “the Minister of Finance directed, with the exception of the Central Bank, the Rafidain and Rashid banks, and all spending units, in order to pay the salaries of employees,” calling on all of the aforementioned bodies to “abide by the instructions of the Supreme Committee and the health authorities, the need to use protective equipment, to stay away from gatherings, and not to use the exception to work Private sector, and cooperate with the security forces to preserve the safety of all. ”

In the context, the Rafidain Bank announced, yesterday, Sunday, that it will start its branches in Baghdad and the provinces on the official working hours to complete the banking tasks and tasks entrusted to it.