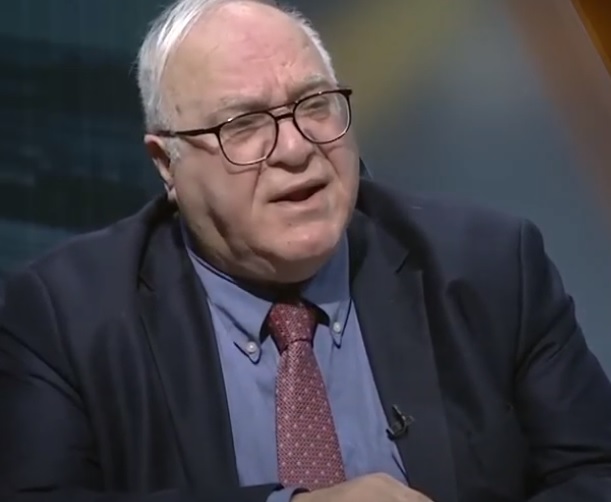 Whoever looks at the oil markets in their current form and how the oil prices in them crowded around the break-even point, which is the point where prices are equal to production costs only or slightly above them to represent a balanced profit, we will find a strange method of transferring value or its transmission with a clear impact and according to what Marxist economic controversies of the century indicated Twentieth is about what is called a transformation of value. Transition means how to find a general rule by which the value of a good (produced and according to the theory of work required socially as a source of value) is transferred to competitive prices in the market, i.e. the transition from the stage of creating value to the stage of realization the value. And since the ratio of work to capital varies from the production of a commodity or commodity to another, how can this matter be settled to achieve an average profit on all invested capital? As long as the density of capital to work in the oil industry, for example, is very high, there is a problem raised by the Marxist School for such cases. Theoretical beginnings were based on the classical school of economics, in particular David Ricardo 1832, on absolute and exchange value in business writing and correspondence / Chapter Four, explaining that the share of profit will remain low due to capital intensity compared to work. Here, a discrepancy will arise between analyzing the process of creating value and achieving value when moving to competitive prices in the oil market, for example.

Economist David Riccardo did not assume that work alone determines the price, but also showed that the issue of profits in all industries must be equal. However, it is noted that if the source of profit comes from work alone, the labor-intensive industry will have higher profits, and this is inconsistent with Ricardo himself as well.

Since the beginning of the nineteenth century, it has been observed that there are serious deficiencies in the above Ricardo theory, which led to their exclusion.

It is through the theoretical dialectical debates that appeared in Karl Marx 's book The Capital, especially Part Three[1] The outcomes of economists in the twentieth century, including the New Ricardian school, were the likes of Leonteeff[2] And a seraph[3]In his famous book (Producing Goods by 1960) and simplifying the issue of profit by being close to the surplus of Marxist value through a simple linear equation, but the strange thing is that the tendency of the rate of profit to decline as stated by the Marxist theory varies from one market to another or between markets to reach the consumer sector .

The current oil crisis revealed that the fair competitive price does not lead to a decrease in the actual actual profit from the average potential profit from the perspective of the transformation of value. In other words, the deterioration of the profit rate has been confined to the chain of value creation at the expense of the main product involved in production. As the oil markets showed that their active forces are looking for the collection of the average potential profit through the process of (transfer of value) and to show the role of the competitive market outright so that the latent average profit matches the actual average profit. A questioner may ask: Who are the effective forces to move the wheels of value transfer from the product to the competitive market prices for crude oil (in oil markets that suffer from the price war)?

The answer is the inventory market, foremost among which are tanker stores that have been a tool for matching the actual average profit to the potential profit of an oil product. Here, tankers perform as tanks that retain more than 50 million barrels of current oil surpluses, which have become a correction and transfer force of value through the value of the storage or the time investment of the storage value forces. Thus, these (storage) tankers took about half the world’s need for daily consumption, which made the storage tankers forces control of the potential profit and convergence of the competitive market price by organizing the offer and marketing it from the high seas.

Here, the first processes of transferring value to the competitive price, that is, achieving value to reach the fair price of a barrel of oil after creating value in the production stage of efficient producers, achieving actual profit, and transferring the latent profit to take place as surplus value in the marine market, are conducted. And if we add the taxes imposed on the supplied oil to the main consumption markets, then the Marxist value transfer theory will be realized, or the picture of the value transfer theory will be completed and the real profitable limit equal to the potential profit in the process of fragmentation and seizure of oil rents will be achieved. That is, it is a transitional process but is embodied with a surplus value or rent that is ideally achieved at production in exchange for the value of an oil product that has been generated or created in the form of actual profit but carries the seeds of latent profit or as a surplus value (latent) and its transfer to the facts of the fair price of competitive oil markets. It is a (latent) transfer of value that the price war has left.

Finally, we can conclude that a system of inter temporal progression to achieve equilibrium profit due to the transfer of the inherent value between the markets, foremost of which is the stock market of oil in all its forms, represents a vivid model that embodies the theory of the transfer of the underlying value to the actual value through multiple marketing chains and oil offer to match in the end The value of the potential product at a competitive fair price for oil.

In conclusion, we conclude that if the surplus value represents the essence of the exploitation of the work exerted socially in the generation of value, the value of the transformation theory of oil represents the essence of the exploitation of the surplus value and its sharing in a time sequence of markets to reach a competitive competitive price in the last chain of exchange. The theory of transition shows how the economic surplus of people is plundered by converting the surplus of the value of the product into an actual surplus, including the new inventory forces until the competitive markets for energy are matched, so that the actual value of the product coincides with the fair competitive price and shows the real price of a barrel of oil.