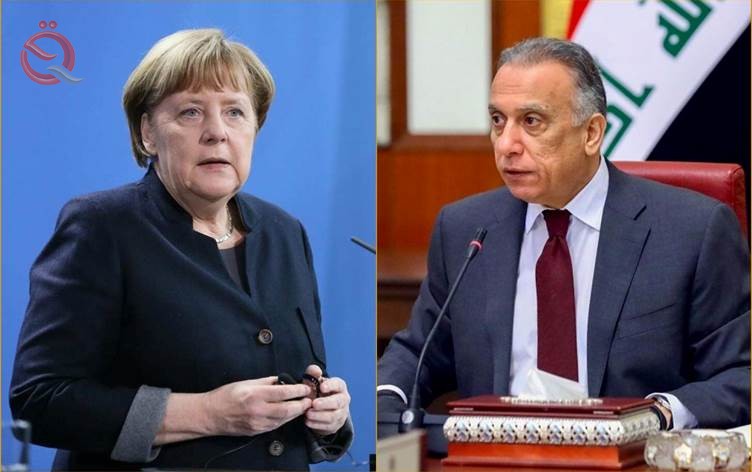 Economy News _ Baghdad
Iraqi Prime Minister Mustafa Al-Kazemi and German Chancellor Angela Merkel discussed Thursday the development of economic and financial cooperation between Iraq and Germany. Merkel also invited Al-Kazemi to visit Germany at the earliest opportunity.
The media office of the Prime Minister said in a statement received by "Al-Iqtisad News", "Al-Kazemi received a phone call from German Chancellor Angela Merkel, and congratulated him, on the occasion of his assumption of the duties of the position of Prime Minister."
He added that "during the contact, it was agreed to develop economic and financial cooperation between the two countries, and the German Chancellor expressed her willingness to provide possible support in these areas, as well as help in assigning Iraq to face the effects of the Corona epidemic, and Germany's continued training of Iraqi forces within the framework of the international coalition."
Merkel described, according to the statement, "Al-Kazemi's government program as outstanding, inviting him to visit Germany as soon as possible."
For his part, the Prime Minister expressed, "Iraq’s eagerness to maintain the best regional and international relations, including Germany," stressing "the government's eagerness to enhance partnership with the European Union and Germany, and to activate the joint ministerial committee between the two countries."
Al-Kazemi praised, according to the statement, "Germany's efforts in the field of military cooperation with Iraq, and stand with it in combating terrorism."