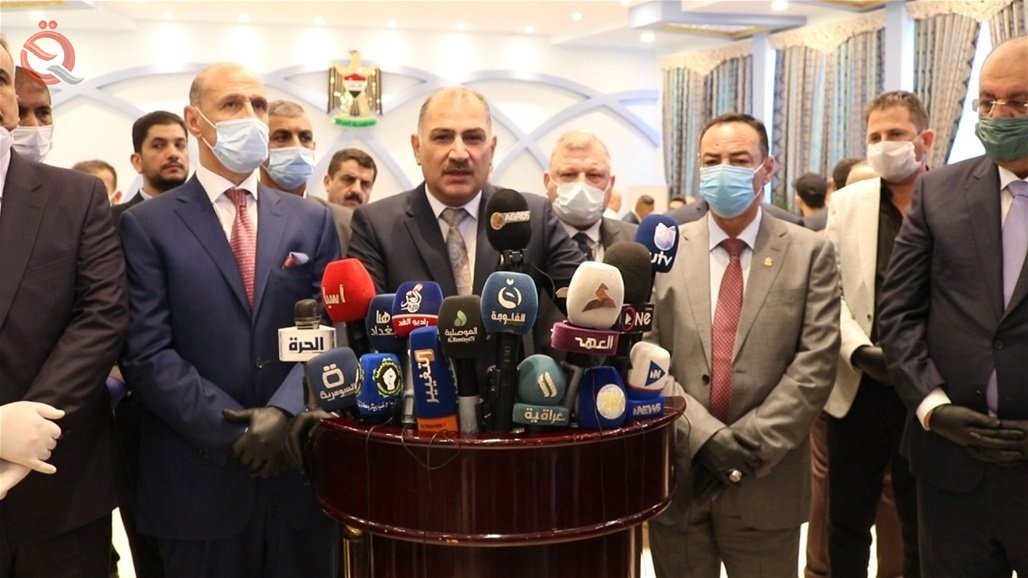 Economy News - Baghdad
During his visit, Thursday, the Minister of Industry and Minerals pledged to the city of Mosul to rebuild and rehabilitate all of Iraq’s factories in the coming months.
Minister Manhal Aziz said in a press conference after his visit to Mosul, in the presence of a number of governorate officials, and followed by "Al-Iqtisad News", that "the new ministry is cooperative and unified in order to rebuild Iraq as a whole", stressing that "Mosul with the purity of our eyes and Iraq in our hearts" as he put it.
Aziz added, "We will work to rebuild Iraq as it was and was better," stressing the need for "solidarity in the next stage," which he described as "very dangerous."
The Minister of Industry stated that "the coming months will be for the reconstruction and rehabilitation of all factories," noting that "Iraq’s factories had a role for long periods of time, and they also had a role in Iraqi national income."
He continued, "Our work is the one who will speak, so we do not want to make many promises."

Page 1 of 1
Permissions in this forum:
You cannot reply to topics in this forum
Who is online?
In total there are 121 users online :: 1 Registered, 0 Hidden and 120 Guests :: 3 Bots