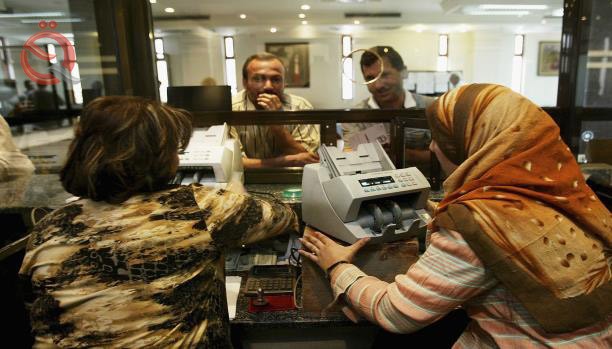 Economy News - Baghdad:
Employee voices began to rise during the current days, in protest against the intention of the Iraqi government headed by Mustafa Al-Kazemi, to resort to deducting or saving part of their salaries due to the financial crisis experienced by the government due to low oil prices due to the closure of the economies of the world countries due to the outbreak of the Corona virus.
A number of employees launched campaigns on social media sites calling on the state not to deduct any amount from their salaries and threatened to take to the street to topple the government, and Iraq relies on oil revenues by 92%, and this is the second time that it may resort to deduction from the salaries of employees and retirees, as it deducted during the year 2015 the rate of 3.8 % To support the popular crowd and the displaced and lasted until the 2017 budget.
The number of employees on permanent staff in the public sector is about 3 million people, in addition to the presence of more than a million people working in the form of contracts and daily wages, according to statements by a number of government and legislative officials.
The Minister of Finance, Ali Allawi, said that "the government will determine the priorities of the crushed and poor class and that any reduction in salaries will not include employees, or retirees at lower levels who receive a salary of 500 thousand dinars or less ."
He added, "The rest of the other categories that consume half of the budget with high salaries will be covered by treatment and reduction. Those who are represented in the allocations of higher degrees will also be covered by the reduction ."
Allawi pointed out that "the proximity category of the fifth degree we will try to reduce the damage to it by reducing the reduction or withdraw it saving and link it to health insurance or housing or health insurance."
While Member of Parliamentary Finance Committee Ahmed Al-Saffar stressed that compulsory saving is a natural matter if the state resorted to treasury bonds .
Al-Saffar said that "prejudice to low salaries is something that we will not allow, but the government's hint of saving may affect only large salaries and a certain percentage of these salaries," noting that "resorting to other issues must be done with all force to overcome the crisis. "
Al-Saffar added, "Compulsory saving is a natural case, in case the state resorted to treasury bonds," noting that "the bonds are in two types, the first of which is permanent treasury bills, and temporary treasury bills, since the last one year is the government paying them to lenders ."
Al-Saffar stressed that "among the options presented is borrowing, as external and internal borrowing can be done, in order to provide financial liquidity to secure the operational budget."
In the meantime, the economist, Hammam Al-Shamaa, confirmed that the Iraqi government will reduce the salaries of employees in the absence of sufficient financial liquidity, either with or without legal justification, and does not want to prejudice the salaries of some groups .
Al-Shamaa said that "the Iraqi government will take the measure of reducing the salaries of employees, when there is not sufficient financial liquidity, whether there is a legal justification or a legal loophole that allows this first, and without modifying the laws in force ."
He added, "There are several procedures and ways to avoid reducing salaries, but the government does not want to resort to measures that do not reduce employee salaries," noting that "the political will does not want to reach this procedure ."
The economist pointed out that "the government does not want to deprive its supporters who have obtained great privileges, such as political prisoners, political martyrs and the Rafha group," noting that "the government also does not want to reduce the privileges that politicians get from their positions," as he put it .
Al-Shamaa pointed out that "the government considers reducing salaries as the easiest way to impose injustice on the employed people," noting that "it does not realize that the number of employees and retirees is 5 million, and if we count the family as 5 individuals, this means that 25 million of the Iraqi people are living on salaries."