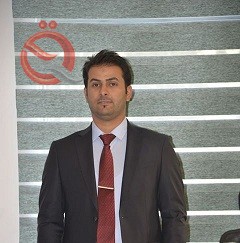 The world is entering the penultimate stage of the great economic meltdown, which is a reversal called the new economy, in the light of which the centers of economic power in the world will change for reasons, most notably the accelerating technological development, the Corona pandemic, the economic recession that swept the world, and the rise of global debt to more than (350) trillion dollars After the global national product reached nearly (85) trillion dollars, as all the great countries became indebted to each other, and this heralds an inevitable economic crisis that will affect the great countries of the world.
To go into this field requires us to refer to the Bretton Woods agreement that was concluded in the United States of America in the year 1941 , in which the US dollar exchange rate was fixed against gold, where the price of an ounce was $ 35, then the currencies of the countries were fixed against the US dollar, And not allowing the currency exchange rate to fluctuate more than (2%) up and down from the fixed value against the dollar, and thus the system is similar to the gold standard and is sometimes described as the gold exchange standard and some countries imposed trade restrictions to protect reserves and exchange rates, so the currencies of most countries It was still essentially non-convertible until the late 1950's, exchange restrictions were removed and gold became an important component of international financial settlements .But the rule of gold exchange had a weak point represented in patterns of prosperity - distress, with the strengthening of the economy may import a lot before the stock of gold required to support the currency decreased, as a result of that the flow of money decreases and interest rates escalate and the economic activity of the recession point leads and these moves led to The instability of the Forex price, which was strengthened by (Burton Woods) and in (1971) the United States abandoned (Burton Woods) so that it is no longer possible to exchange the dollar for gold and the power of supply and demand dominated the currencies of the major industrial countries that are now freely traded.
The successive economic developments in the world made the United States the first economy globally, but today, many countries are trying to achieve economic power through controlling energy centers and keeping pace with the technological development that led the United States to take incorrect steps that lead the dollar to collapse sooner or later,  most notably The price of gold has risen dramatically and continuously, the US dollar continues to decline, and the end result of the dollar's increasing decline against the euro and gold will be the collapse of the dollar as a complete collapse, as many currencies before it have collapsed when conditions are prepared for it.
As the great decline of the dollar by (40%) in the last two decades, where the easiest way to bridge the deficit in the United States was to print more dollars and the greater the printing of the dollar, the lower its value (its purchasing power), and the huge deficit in the American trade balance because imports are more than exports. The deficit that exceeds (3) trillion dollars constitutes a great pressure on the dollar. The increase and increase of pumping money not covered by goods will inevitably destabilize the currency rates and the collapse of the currencies of the countries that won the "race to print currencies", including the dollar and the euro.
In the past, the dollar was a safe currency because of its stability and its dependence on the gold base. Today, dollar owners are re-calculating them due to its steady decline and the cracking of the American economy. Yes, there may be short recovery, but the end result is that the world is heading for the best and strongest according to the theory of natural selection, and this is what the compass directs towards the Chinese yuan, which is likely to be a well-studied jump due to the great strategic alliances that China is undertaking with India, Pakistan and other countries. Another to create a common market is in the yuan.
*  Dr. Ibrahim Al-Shammary is a teacher at the College of Imam Al-Kazim “A”