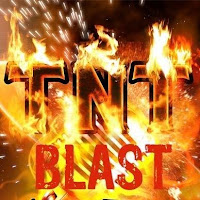 A report by the American newspaper "The Wall Street Journal" highlighted the recent moves of Iraq to face the economic crisis.

The newspaper stated in its report that Iraq resorted under the pressure of low oil prices and the economic crisis resulting from the outbreak of the Corona epidemic to its Arab neighbors to resolve this crisis by seeking to reduce the debt burden prescribed to Kuwait and its move to strengthen relations with Saudi Arabia through the Gulf Round The latter is for Finance Minister Ali Allawi, who is also Deputy Prime Minister and Acting Oil Minister, who suggested that Kuwait postpone or cancel about three billion dollars due to Iraq as compensation for the Gulf War.

The report cited Allawi as saying that this would greatly help the flow of liquidity, along with other measures that would help to stabilize the situation, while the newspaper pointed out that Iraq is seeking to revive the proposed Saudi investments in the sectors of electricity, communications and agriculture, and remove bureaucratic obstacles to commercial projects . link

Newspaper: Saudi Arabia called on Iraq to put an end to Iranian influence

The American "Wall Street Journal" revealed on Monday that Saudi Arabia called on Iraq to put an end to Iranian influence in the country.

The newspaper stated that "under the pressure of low oil prices and the economic crisis caused by the outbreak of the Corona epidemic, it appears that Iraq has sought refuge with its Arab neighbors to solve this crisis, so it sought to reduce the debt burden imposed on it to Kuwait, and moved to strengthen relations with the Kingdom of Saudi Arabia."

According to the newspaper, "The Kingdom and the Emirates have called on Iraq to end Iran, which has increased its influence over Iraqi politics since 2003."

For his part, Finance Minister Ali Allawi stressed that "the transformation in regional relations will not constitute a turning point or come at the expense of other allies, but it is likely to be accompanied by political amendments."

"It does not open a whole new chapter, but it is hoped that different pages will be opened in this chapter." link

All articles, videos, and images posted on Dinar Chronicles were submitted by readers and/or handpicked by the site itself for informational and/or entertainment purposes.

Dinar Chronicles is not a registered investment adviser, broker dealer, banker or currency dealer and as such, no information on the website should be construed as investment advice. We do not support, represent or guarantee the completeness, truthfulness, accuracy, or reliability of any content or communications posted on this site. Information posted on this site may or may not be fictitious. We do not intend to and are not providing financial, legal, tax, political or any other advice to readers of this website.

Page 1 of 1
Permissions in this forum:
You cannot reply to topics in this forum
Who is online?
In total there are 66 users online :: 1 Registered, 0 Hidden and 65 Guests :: 2 Bots