As I said before that once the good government is in place and oil prices rise we are going to see Iraq take off.

So is Al-Kazemi our third miracle?
I think perhaps we are about to see it.

This came in a telephone call received by Al-Kazemi from the American President to congratulate him on the occasion of the prime minister’s office, according to a statement issued by the Iraqi government.

The statement said that Al-Kazemi thanked the American President for the congratulations, stressing Iraq’s keenness to establish the best relations with the United States.

For his part, President Trump stressed that “Iraq is a strong and important country and has a central role in the region and in achieving regional and international stability.”

The State Department: How to implement Al-Kazemi’s reform process!

The US State Department confirmed, on Thursday, that it will follow how the new Iraqi Prime Minister, Mustafa Al-Kazemi, applies the reforms that the Iraqis want.

She added that the Iraqi people should express their choices regarding their future, stressing "supporting the independence and sovereignty of Iraq.

Keep in mind that last year we read articles telling us that one of the demands of the protestors was to “stop the currency auctions”.

The only way they can do this is to go international and reinstate their currency.

They will also need to finish the project to delete the zeros. 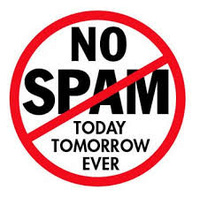