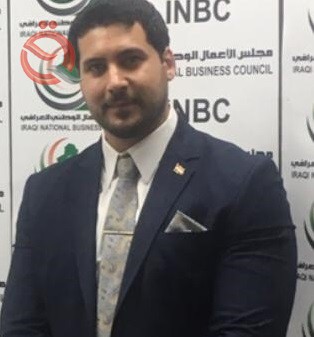 Dear Prime Minister Mustafa Al-Kazemi, this article is based on an integrated idea about the possibility of investing the surplus of the Central Bank of Iraq from ((gold and currency reserves that amount to (81) billion dollars), as what the Iraqi currency needs as a reserve is the amount of (52) billion dollars According to a rule (130%) of the total issued cash, which must be equivalent to gold and foreign currencies, and since the total issued cash in Iraq is (48) trillion Iraqi dinars, which is equivalent to (40 billion dollars x 130% = 52 billion dollars), which creates a surplus of (29) One billion dollars, which allows the investment of approximately (25) billion dollars in reserves, which are unnecessary in maintaining the values The Iraqi currency)).
It is worth noting that many countries hold a balance of gold and currencies equal to or less than the value of the currency, and it is a country that maintains its currency in its stable value due to the base of increasing 30% mainly from the amount of cash issued.
The Iraqi government can gradually transfer these amounts to:
The ages and renovations of the Iraqi Ministry of Industry companies, which number approximately (78), are a major company, each company owns several branches with hundreds of warehouses spread in Iraq, and authorization of construction and construction companies, including the task of building and reconstructing the Iraqi central markets, amounting to (72) central markets in Iraq, as well as reconstruction ( 68) A ruined palace of the former regime and turning it into museums for a dark era in the history of Iraq (such as museums of the neighboring countries that belong to the previous eras of these countries) which will achieve high profits for the Iraqi state, and authorize other industry companies (textiles - oils - food - electrical appliances - and other companies) Ministry of Industry Proof) launched its products Iraqi central markets after building them and opened ,, and the Iraqi people will meet the call of generations to support the national producer of these markets.
It is worth noting that a contract was concluded during the last period with the investment of five central markets, namely (the people, the authority, the worker, justice and Al-Mustansiriya) for the investing company after signing the investment contracts with it and obtaining the licenses of the National Investment Commission. And that "the investment period for each site is (30) years and in the system of modern malls," but no reconstruction process has started so far in these sites.
The Iraqi government can invest the remaining central markets before selling them to other investors.
With this safe investment in (industry, trade and culture), the Iraqi state will once again have the reins of the diversified Iraqi economy that provides work to more than (a million) new job degrees funded by the profits of industry, trade and culture, in addition to that the state budget will get rid of the weight of the salaries of approximately (500) One thousand employees at the Ministry of Industry and Trade receive current grants without success from their jobs.
And the duration of this project in the event that the real will to work is available, it does not exceed 3 years as a maximum .. It is a safe investment that is not feared and is almost equal to its security. Keeping money in the Central Bank of Iraq to no avail and letting Iraqis without work.