Mazhar Saleh: Al-Kazemi’s government will launch the first package to revive the economy

Mazhar Saleh: Al-Kazemi’s government will launch the first package to revive the economy 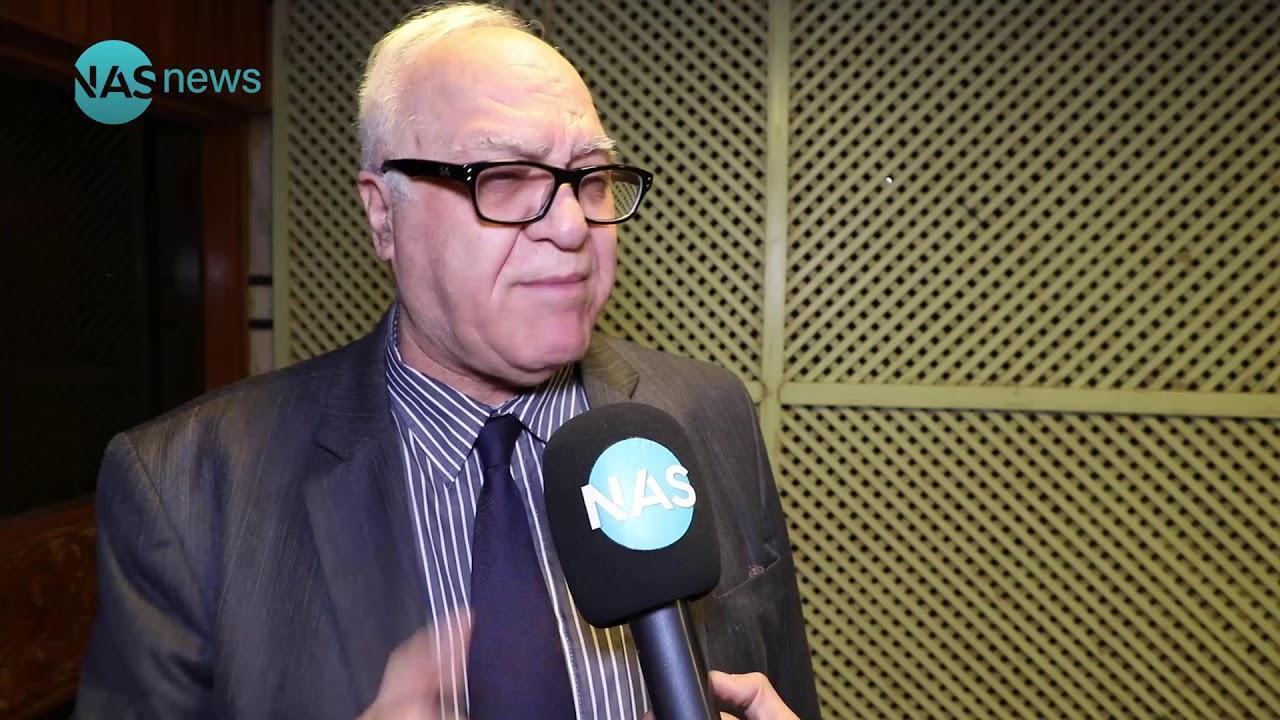 On Thursday, Advisor to the Prime Minister for Financial Affairs, Mazhar Muhammad Saleh, revealed the existence of packages of measures to revitalize the national economy.

Saleh said in a statement to the official agency, followed by "Nass", (May 7, 2020), that "there are packages of important measures to revitalize the national economy," noting that "the first package of them includes the adoption of small loans for young people on very soft terms, as well as large private loans In the fields of agricultural activity, manufacturing, and services, especially as they are income and revenue generating.

He explained that "this initiative represents the integration of the monetary and financial policies of Iraq towards building economic stability and strengthening markets in addition to advancing sustainable development paths and raising levels of employment and use and combating recession."

Saleh added that "the package will go out as a priority to revitalize the agricultural movement in fundamental aspects, including facilitating the acquisition and acquisition of agricultural lands, supporting agricultural production and agricultural technology, and in accordance with the requirements of strengthening Iraq's food security and advancing national agriculture."

He continued that "the first package will be taken over by the Al-Kazemi government to support the overall economy and the national market and move the state apparatus more efficiently."


Expectations indicate that Iraq may witness an annual performance that is the worst for the country since the overthrow of Saddam Hussein's regime in 2003, especially since Baghdad is currently considering the possibility of deduction of huge public salaries, in a move that will receive popular rejection and may renew the wave of protests with a new government taking over .

According to a report published by the French news agency, and followed by "Nass" (May 7, 2020), it is expected that the gross domestic product of Iraq will decrease by 9.7 percent this year, and poverty rates may also double, according to the expectations of the World Bank, making this the worst annual performance The country has been since Saddam Hussein was toppled in 2003.

The second largest producer of OPEC was affected by a double blow, firstly by the collapse of oil prices, and secondly by the Covid-19 pandemic, which dramatically affected its oil revenues.

And Iraq’s oil revenues last month reached 1.4 billion dollars, less than a third of the four and a half billion that the country needs per month to pay public sector salaries, compensation and government costs.
That is, the Iraqi government suffers every month from losing $ 3.1 billion in oil revenue.

In the face of this crisis, officials may put massive payrolls on the deduction list, according to two senior officials involved in discussions to suggest solutions.

The basis for salaries is more likely to remain the same, and austerity measures will extend to the large "allocations" that made up two-thirds of the $ 36 billion budget for salaries in 2019.

These allowances include rewards or benefits such as cars and homes, based on factors that include seniority, educational level, children, or informally political and family relationships.

An Iraqi official says that "the cuts we are studying include reducing the allocations of high-level public officials by more than half, the average level by 50 percent, and the low level by about 30 percent."

The government will also consider freezing recruitment and promotions, cutting military spending, and stopping maintenance of government buildings to save more money.

The authorities may even print the currency to pay salaries, which will force the central bank to use its foreign reserves of $ 60 billion to support the dinar exchange rate against the dollar.

These measures are part of the $ 54 billion "emergency financing document", just over a third of the amount budgeted for the draft 2020 budget that parliament has yet to pass.
"It is the first time that we have had to do something similar."

And Iraqi economic analyst Ali Mawlawi told France Press that, with the deficit increasing every month, "What kind of measures will the government take now to try to avoid the economic disaster? It is really very little and very late."

The government pays salaries to four million employees, pensions for three million, and aid for a million others, which means that one out of every five Iraqis receives what can be considered payments from the state.

Maulvi says that the government of Prime Minister Adel Abdul Mahdi, as its predecessors, has appointed employees to please political allies.

He adds that "oil prices rose when Abdul-Mahdi took office, which led to a false sense of safety from his government, and expanded in the public sector to the stage of losing control, which led to this serious financial crisis."

For 2019, the government monitored a 13 percent increase in salary expenses, and jumped 127 percent in pensions, according to a World Bank analysis.

Late last year, the government employed at least 500,000 people in an effort to appease angry anti-government protesters protesting against unemployment and corruption, which led to salary inflation inflated again by 25 percent.

Public jobs are inherited from the previous era in Iraq, as university graduates are theoretically employed by a related ministry upon their graduation. But this strategy has overburdened the public sector engulfed by corruption.

The benefits associated with government positions mean that they are sold for hundreds of thousands of dollars by grade, while the private sector is regrettably unrepentant.

"This is an economy that does not create jobs," says Wael Mansour, chief economist at the World Bank in Iraq.

This raises problems in a country with rapid population growth, and is set to increase ten million in the next decade to 50 million.

"If they really want to make an impact, the only place to do that is by salaries," says Mansour.

However, similar austerity measures "could spark more social unrest, with public services already weakening and unemployment rising," according to the World Bank.

The new Prime Minister, Mustafa Al-Kazemi, had hoped that he would not have to start his mandate with cuts, but fear of public reaction prevented the caretaker government headed by Abdel-Mahdi from implementing the cuts.

"No one wanted to take responsibility," says a second official involved in developing emergency procedures.

The same official describes the meetings in which caretakers were more focused on signing last minute contracts that would earn them quick bribes, knowing that their days in government were numbered.

Given the prospect of a further drop in oil revenues in May with lower prices and demand, things could get worse.

"If we don't agree on something swift, there will be no money in June. We will have to announce a full government shutdown, and this is a precedent," the official said.

Page 1 of 1
Permissions in this forum:
You cannot reply to topics in this forum
Who is online?
In total there are 237 users online :: 2 Registered, 0 Hidden and 235 Guests :: 2 Bots