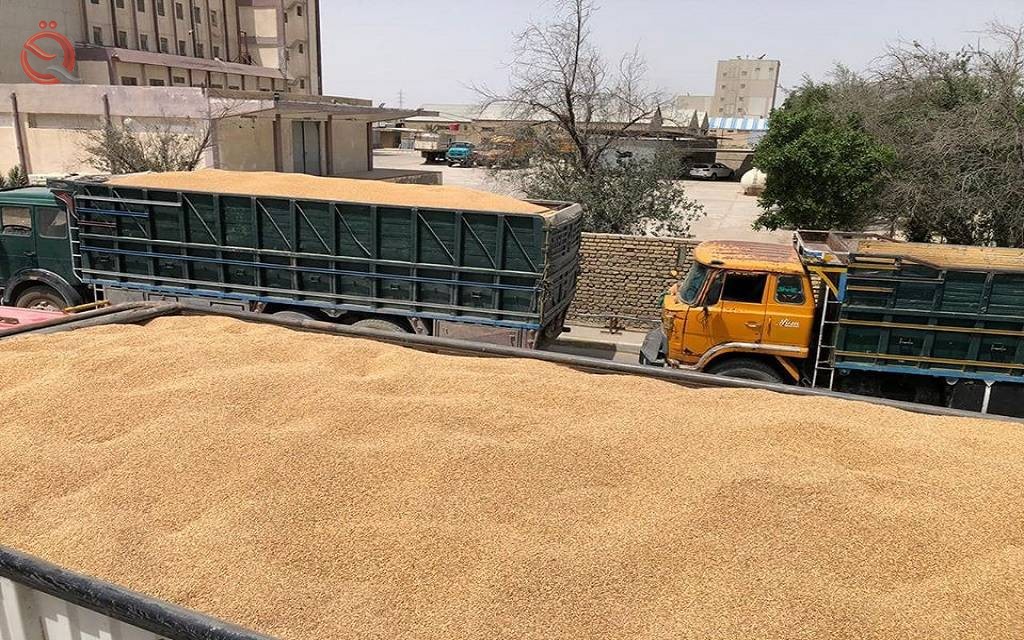 The General Company for Grain Trade announced, on Tuesday, that the quantities of wheat received in its silos and warehouses exceeded 311 thousand tons of all kinds, two weeks after the start of the marketing season 2020.
The director of the company, Abdul Rahman Aji Tofan, said in a statement seen by "Al-Iqtisad News", that the marketing campaign is receiving great governmental and parliamentary attention, through field follow-up to the marketing centers of the provinces branches.
The flood campaign added that the marketing campaign is proceeding according to the plan drawn up for it and with an increasing frequency in the governorates of the south and center.
The flood showed that the marketed quantities were distributed in auspicious proportion that the marketing season will achieve the aspirations of supervisors and caretakers, noting that Wasit Governorate topped the marketing chart of the governorates with a total of what was marketed until last Sunday with 66.63 thousand tons.
Wasit opened a new marketing center established by the engineering effort of the Prime Minister's Office to absorb the quantities of wheat grown in the Dujaili area rich in wheat cultivation.
The Director General of the General Company for Grain Trade pointed out that Dhi Qar Governorate, with its location in Nasiriyah and Rifai, sold more than 55,000 tons, while Maysan reached 41.68 thousand tons, and 29.45 thousand tons for the Samaw Samawah, and Diwaniyah received its marketing centers 27.94 thousand tons.
The flood concluded his statements by saying that the Rusafa Silo in Baghdad continues to receive and what has been received until today is 4.41 thousand tons, and the cycle silo began receiving the first quantities on Monday and exceeded 92 thousand tons in both the first and second class.
He stressed that a plan has been drawn up to follow up the mechanism of wheat harvest, taking into account the implementation of safety requirements and health protection from the risks of the Corona pandemic.
The Iraqi Ministry of Agriculture revealed its expectations that between 5 and 6 million tons of local wheat will be marketed during the 2020 season, up from 4.7 million tons in 2019.
Local wheat prices were approved for the 2020 season, according to Cabinet Resolution No. 249 of 2016, or according to the decisions issued later, so that the price of first grade wheat would be 560 thousand dinars, the second grade wheat would be 480 thousand dinars, and the third grade wheat would be 420 thousand dinars .