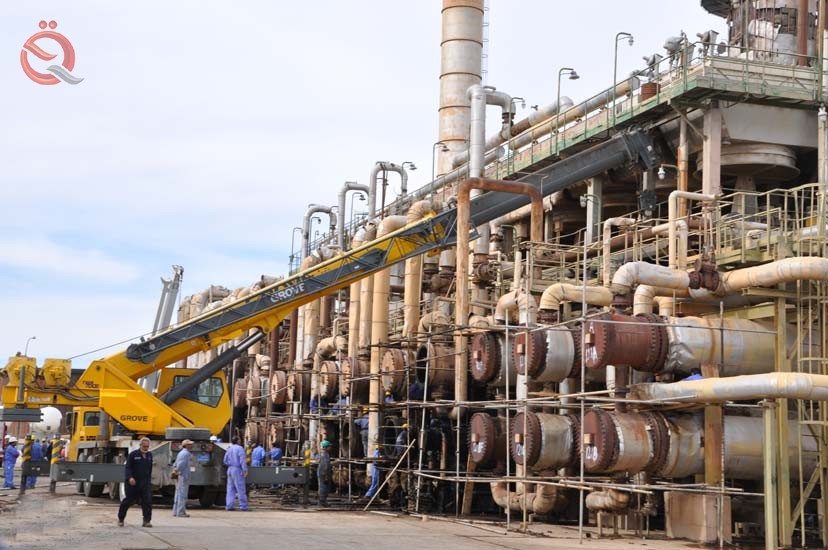 A report of the American Washington Post said on Tuesday that the Iraqi economy is collapsing due to the double strike of low oil prices and government-imposed closures due to the outbreak of the new Corona virus, as the entire country stands on the brink of disaster.
The American newspaper emphasized that the outbreak of the epidemic led to a decline in global oil prices and oil revenues that keep Iraq alive, and then came the second blow by announcing the closing procedures that destroyed livelihoods and put some families under the poverty line and in the cycle of hunger.
She hinted that this crisis is not a result of today, but formed over the past years, due to corruption, the politicians' preoccupation with their interests and the accumulation of their wealth. As a result of the embargo, millions of Iraqis who live in daily jobs have become stuck in their homes and unable to feed their families.
Hossam Al-Qaisi, a taxi driver, who lives in a narrow house in the Al-Bunwak neighborhood of Baghdad, who rented it with the money of his borrower, confirmed that it was difficult for him to get food. "This year was really bad," said 29-year-old Al-Qaisi. "If things continue like this, we will die of hunger, not the virus."
He added that he used to work two jobs before the start of the closure, a free taxi driver in addition to working with the "cream" delivery company, but now he does not earn anything.
"Since the curfew began, I can barely get basic food for my family," he said. At the same time, the epidemic reduced the demand for oil. Just a few months ago, it was expected that about 90 percent of the state’s temporary budget for 2020 would come from oil exports, with a price of $ 56 per barrel. But as economies stalled, oil revenues fell to their lowest level in a decade, according to figures published by the Iraqi Oil Report.
For his part, said Ahmed Tabakli, chief investment officer at the Asia Frontier Capital Fund for Iraq "AFC" , " I think the next two months will be very terrifying for everyone."
And in the post-2003 political system in Iraq, power is distributed among different ethnic and religious groups, and each side seeks to use state resources, especially in government jobs, to develop large-scale patronage networks, until the result is a bloated public sector, which drains what is estimated About 50 billion dollars every year for salaries and benefits alone, and they constitute the majority of the state’s budget.
He pointed out that even before the "Corona" outbreak, the Iraqi government was facing multiple crises, the most important of which was the escalation of violence between Iranian-backed armed factions and American forces, and the attempt by IS to return again, in addition to isolating former Prime Minister Adel Abdul-Mahdi in the largest demonstrations I have witnessed The country.
Although the street was calmed down a little due to the epidemic, the problems that prompted tens of thousands of young men and women to protest remain unresolved, led by the high rate of unemployment. For his part, Jeffreys Institute for Financial Services estimated that Iraq will need external financing of about $ 40 billion in 2020, and while foreign governments and international institutions such as the International Monetary Fund are ready to provide support, their contribution alone will not be sufficient to provide this amount, according to Alia Moubayed, managing director of the fixed income strategy at Jeffreys.
"Iraq is too big for the donor community to bear. The Iraqis will need to rely on themselves through painful financial control measures, reduce the size of the government, and perhaps weaken the currency more to reduce the rapid erosion of its foreign currency reserves," Moubayed said.
As for Iraqi officials, they are concerned that the worsening economic crisis in the country could push more demonstrators to the streets in the coming months, as summer temperatures rise and power and water supplies falter, as they have done repeatedly in recent years.
Although Iraqi officials say they are studying proposals to strengthen the country's financial position by reducing public sector salaries, experts say it is unlikely the government will make sweeping changes in the short term.
As for the solution to this crisis, Nabil Jaafar, an economist in Baghdad, stated, "The only solution is to reduce the salaries of employees, but reducing these salaries will have disastrous results," in addition to achieving economic reviews, and this will not happen unless politicians give up favoritism, the most important A vital source of their popular standing. According to government officials, the controversy surrounding salary cuts revolves around who will reduce his salary and how much, and the salaries of public sector workers are usually supplemented by additional payments, individual compensation for travel or family expenses, and these additional payments have increased from $ 3.8 billion in 2005 to $ 36 billion Dollars today, according to a study by the London School of Economics.
In turn, Abdel-Hussein Al-Hanin, advisor to the interim Prime Minister Adel Abdel-Mahdi, confirmed that there is a program to cut all government employees, and that the most important cuts will be on the salaries of employees and other high-ranking officials .