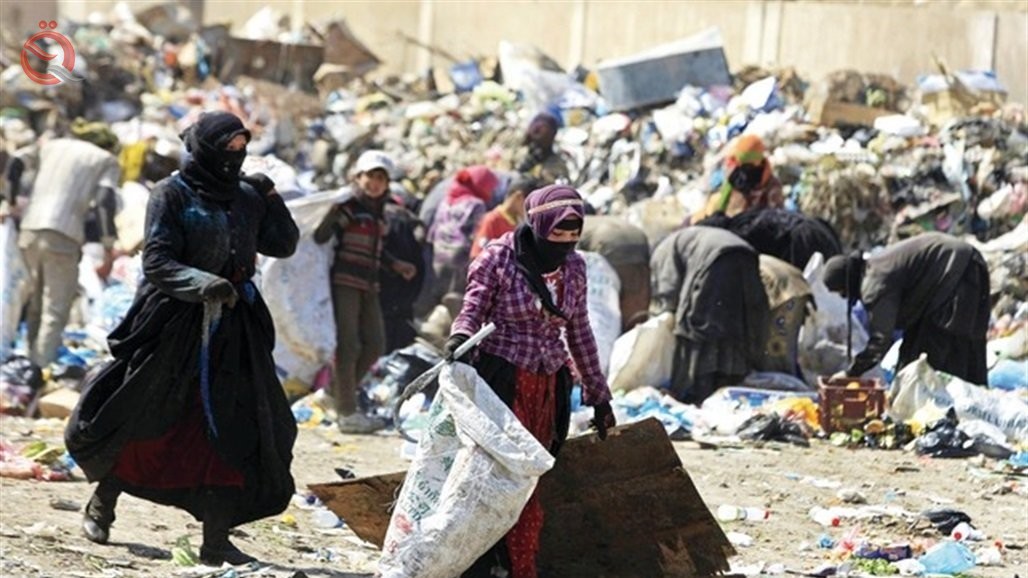 Economy News _ Baghdad
On Monday, Minister of Planning Nuri al-Dulaimi affirmed that the poverty rate in the country is 20 percent, while he expects this percentage to rise due to the recent crisis.
Al-Dulaimi said in a press statement seen by "The Economist", that the poverty rate in all of Iraq reached 20 percent, according to the latest survey carried out by the ministry in 2018, noting that "the percentage rises in the southern governorates, where it reaches 52 percent in Muthanna.

" "The proportions vary between the governorates according to the economic activity in each governorate," expecting that "poverty rates will increase in their rates due to the recent crisis, as a result of some workers in the private sector losing their jobs and the lack of alternative sources of income for them."