BREAKING: New Docs Detail How FBI Concluded Flynn Probe ‘No Longer a Viable Case’ in Jan 2017 – But Rogue Strzok Went off the Rails and Kept it Going!

BREAKING: New Docs Detail How FBI Concluded Flynn Probe ‘No Longer a Viable Case’ in Jan 2017 – But Rogue Strzok Went off the Rails and Kept it Going!

FaceBook is stopping me from sharing this story from Gateway Pundit so I'll copy and paste the story. If my account gets suspended you'll know why. People are going to jail and it's not Trump and his team!!! Flynn will be a true hero in the history books!!!


New documents filed in Flynn’s case reveal the FBI investigation was concluded on January 4, 2017 as ‘no longer a viable case’ – but rogue Strzok and other FBI leaders went off the rails and kept the investigation going.

On January 4, 2017, the FBI field office found “No derogatory information” on Flynn and decided to close CROSSFIRE RAZOR.
But Peter Strzok wasn’t finished with Flynn because he had a political ax to grind. 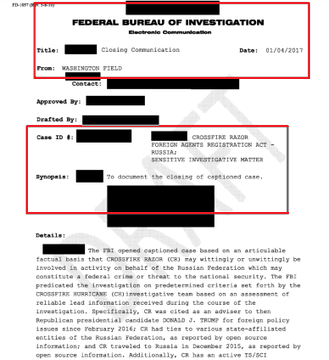 4,936 people are talking about this

00:5701:16
TRENDING: BREAKING: Former FBI General Counsel James Baker Has Flipped! Durham is Building Conspiracy Case on All of Those Who Lied to the Court!

FBI Washington Field Office Report:
FBI and US Govt (CIA?) databases showed “no derogatory information” on Flynn.
Flynn determined to be “no longer a viable candidate” as part of the Crossfire Hurricane case.

FBI and US Govt (CIA?) databases showed "no derogatory information" on Flynn.

Flynn determined to be "no longer a viable candidate" as part of the Crossfire Hurricane case.[/ltr] 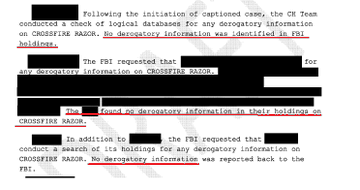 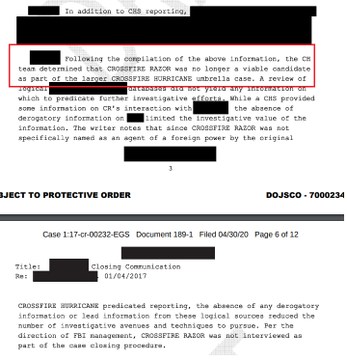 1,519 people are talking about this

Strzok: "If you haven't closed RAZOR, don't do so yet"

(Possible use of Logan Act "violations" to keep investigation open)[/ltr] 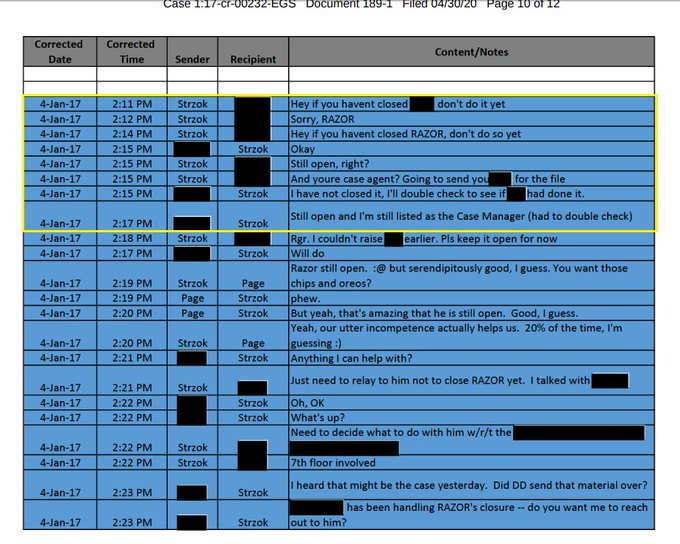 1,365 people are talking about this

The Logan Act theory coincides with Page/Strzok texts on January 4, 2017. 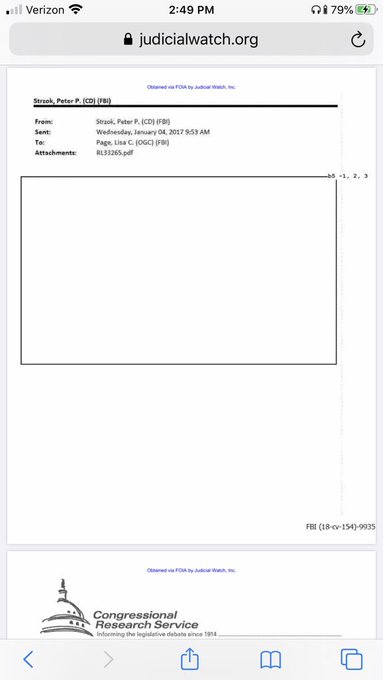 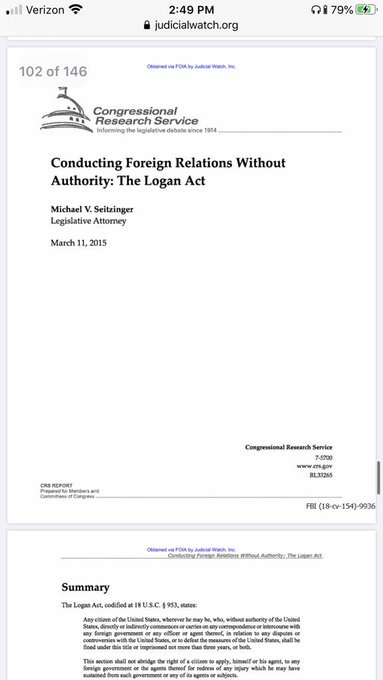 895 people are talking about this


On Wednesday it was revealed the FBI framed General Flynn.
The unsealed FBI notes written by Bill Priestap revealed the intent of the FBI’s ambush interview of Flynn in January of 2017.
“What is our goal? Truth/Admission or to get him to lie, so we can prosecute [Flynn] or get him fired?” Bill Priestap wrote.

Here’s how they planned to get Flynn removed:
1) Get Flynn “to admit to breaking the Logan Act”; or
2) Catch Flynn in a lie.

Their end goal was a referral to the DOJ – not to investigate Flynn’s contacts with the Russians.

Page 1 of 1
Permissions in this forum:
You cannot reply to topics in this forum
Who is online?
In total there are 169 users online :: 2 Registered, 0 Hidden and 167 Guests :: 1 Bot