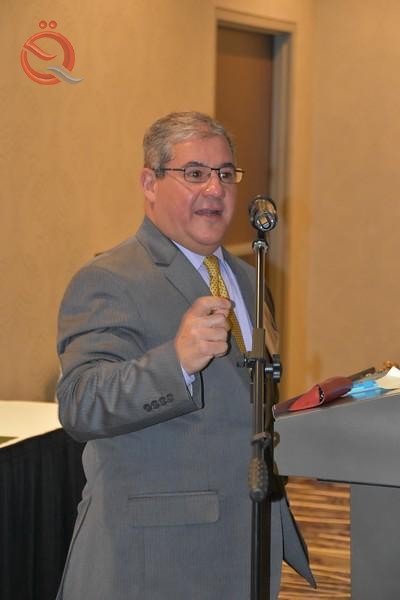 In a few weeks, the renewed spread of Corona virus has caused the most dramatic expansion of state power in Western democracies since World War II.
It has become difficult to know the usual daily lifestyle as citizens who are prohibited from leaving the house face penalties when they leave the house without an acceptable reason as determined by the authorities.
If the experience of some Asian countries is an example to follow, then the control to prevent the spread of infection comes at the expense of abandoning medical and electronic privacy to people. Economies are transforming as well. With the expectation of a deep recession, which appears to be inevitable, the size of public debt is not a significant issue.

The US federal government will provide $ 2 trillion in support to the US economy, more than double what was provided during the global financial crisis between 2007 and 2009. Even the German government, known for its austerity, has begun to increase its support for the economy through cash exchange. Central banks buy assets that they once refused to buy. Troubled firms will be bailed out and wages supported.
There appears to be agreement between the leading societal trends in the United States and Britain that a larger government is needed to combat the epidemic, and that some changes taking place today, such as increased investment in public health, are desirable. But history gives us lessons that the country, once it grows, will remain large. The potential expansion of bad economic habits, such as state support for preferential companies, and a retreat from international trade, among other things, is cause for concern.
The spread of Corona virus causes havoc and losses in rich countries, but threatens to create calamities in poor countries.
It is known that the application of the process of social separation is almost impossible in the poor neighborhoods crowded with people in poor countries, and that achieving the hand-washing process is a difficult issue without running water. For many in those countries, inaction can mean starvation. Health systems are not in a position to adapt to the spread of the epidemic as fast as the world is witnessing. Accordingly, several countries have issued curfews.
On March 24, India asked its 1.3 billion citizens to stay indoors. South Africa, which has the most cases on the African continent and the rate of increase of injuries similar to Italy when the number of injuries there was similar, did the same thing the day before India's decision. Other countries on the African continent may be behind in their decisions to deal with the epidemic days.
But some state leaders, such as the President of Brazil, President Jair Bolsonaro, are in denial. Others do not have the slightest knowledge of the dangers and consequences as is the case with the President of Tanzania, John Majovole, who said that the churches must remain open because the "demonic" Corona virus cannot stay in the body of Christ. May God protect us.
After Italy, Spain became the country most affected by the spread of Coruna virus. The number of deaths reached more than 10,000 as of April 2. The Spanish parliament agreed last week to extend the state of emergency imposed from March 14 until Easter. The restrictions imposed by the Spanish government are among the most severe in Europe: most of the Spaniards remain in their homes, with no sports being allowed outside.
Most of the deaths occurred in nursing homes, many of which lacked adequate medical staff. The government and health services have reacted slowly. The lack of preparedness was evident by the acute shortage of testing equipment needed by health personnel as well as prevention equipment, and this resulted in the injury of many health workers, with an estimated 14% of all cases of HIV infection.
International trade has received some strikes in the past few years. In 2009, global trade volume collapsed by 13%. The American trade war with China and conflicts with other countries have caused more scratches.
But the impact of the spread of Corona virus on international trade could be more brutal than the impact of the global financial crisis. Initially, the virus hit Chinese exports whose value in dollars collapsed by 17%, year on year, between January and February. Companies in the American continents, Asia and Europe are now suffering from a staggering combination of the disease's outbreak and staff closures. Worse, trade barriers, especially restrictions on medical exports, are on the rise.
Stricter controls on the movement of goods and goods through open borders usually force trucks to wait in long lines, sometimes for miles. Mr. Simon Macadam of Capital Economics, an independent economic research firm, expects international trade to drop by 20% this year. If the pessimistic forecasts for GDP are correct, the downturn in international trade may be worse than expected.
The water in the Venetian canals looks clear, and nitrogen oxide levels and concentrations of fine soot particles have dropped in Chinese cities. Emissions of the most harmful pollutants around the world are also significantly lower. The researchers say that the concentration of carbon dioxide over New York City has decreased this month by 8 to 10%. It is estimated that pollution emissions in China were 25% lower in February compared to the same month last year.
Corona virus is likely to spreadA short-term improvement in carbon dioxide emissions as the global economy changes. Perhaps that decrease is 4% this year, which is twice the decrease that occurred during the financial crisis between 2007 and 2009. But emissions increased again after the financial crisis ended. This time, too, the decrease in emissions is unlikely to last long.
Not only that economies should return to growth, but some government responses, such as the rescue package for the oil and gas industries by the Canadian government; the Chinese government's promises to spend on construction and building projects, and promised aid to airlines around the world, certainly seem unfriendly to the planet’s environment. .
Leviathan: A term inspired by English philosopher Thomas Hobbes from ancient religious myths to refer to the expansion of powerful power and its domination of people's lives.
* Professor of Economics at the University of Kansas, USA

Page 1 of 1
Permissions in this forum:
You cannot reply to topics in this forum
Who is online?
In total there are 106 users online :: 1 Registered, 0 Hidden and 105 Guests :: 3 Bots