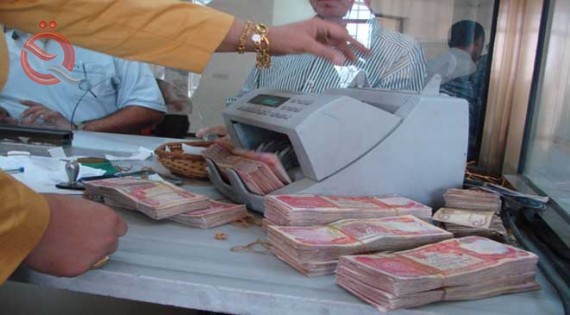 Iraq plans painful sectors with social benefits upon which millions of government employees depend, as a result of the historic fall in crude oil prices in the wake of the Coruna epidemic.
According to the International Monetary Fund, it is expected that this year will witness the contraction of all the economies of the oil-exporting Gulf countries, and the rate of contraction of the Iraqi economy will reach 5%.
"There is no one in the region where the conditions are more difficult than it is in Iraq, where oil sales constitute 90% of the state budget," the Associated Press said.
Iraq has witnessed widespread protests during the past months as a result of deteriorating economic conditions and widespread corruption, and this turmoil may erupt again.
The agency noted that the spending cuts will only add another burden to a population struggling to comply with the restrictions of preventive quarantine measures against the Corona virus, noting that there are still a number of protesters stationed in Tahrir Square in central Baghdad, insisting on continuing their movement and not letting it subside.
"As we enter the summer, conditions are creating a bad situation for the government," the agency quoted Sajjad Jiyad, director of the Bayan Center for Research Studies, as saying.
The Associated Press indicated that the oil market now falls below $ 20 a barrel and may fall further in some days to levels not seen in the oil market since 2001. More restrictions will be cope with the implementation of the OPEC agreement to reduce production rates by 23% in order to reduce the decline in oil prices and stability market.
According to the economist, Robin Mills, it is expected that the months of May and June will be particularly difficult when the capacity to store oil storage is full, which makes it difficult for the producing countries to market their oil.
"It is still too early until now, and no one has reached the stage of running out of budget, but this is inevitable, and Iraq will be the first affected by it," Mills added.
In its draft budget for 2020, Iraq relied on calculating its resources on an average price of $ 56 a barrel to finance necessary development projects and pay the sagging public sector salaries, and a cost of approximately $ 45 billion in compensation and pensions.
The Minister of Oil, Thamer Al-Ghadban, recently said that the oil export resources decreased by 50%.
Now, the agency says, officials are discussing tough salary cuts among themselves. According to three Iraqi officials who refused to reveal their names, one of the ideas put forward is to stop paying part of the public sector employees salaries related to social benefits until the financial situation improves. The question is how much is the deduction amount ?, and one of the recommendations suggests that the average cut rate is 50% for those with higher salaries.
Associated Press said that this would save Iraq hundreds of millions of dollars. Public sector employees receive a set of financial concessions that add approximately 50 to 70% in addition to their nominal salaries, and these include family allocations and the so-called risk allowance also for some associates.
However, experts say this will not be sufficient if oil prices continue to range between $ 20 and $ 30 a barrel.
"The deductions must be deeper to give a boost to the payroll, however if the returns are low, there will be a stage where deductions will not be sufficient to solve the crisis," he said.
More importantly, Iraq’s expected commitment to the OPEC agreement will require it to reduce production by more than 1 million barrels of oil per day during May and June.
On the other hand, the country is living in a vacuum of an effective executive authority to carry out reforms, with the caretaker government remaining since December when Prime Minister Adel Abdul Mahdi resigned from his post under pressure from protesters. It is assumed that the Prime Minister-designate Mustafa Al-Kazemi will submit his proposed cabinet cabinet to Parliament soon, but he faces opposition from major political blocs.
Until the Al-Kazemi Ministry takes over, the approval of the 2020 budget is not expected. This will reduce Iraq’s ability to borrow from international agencies to support its budget.