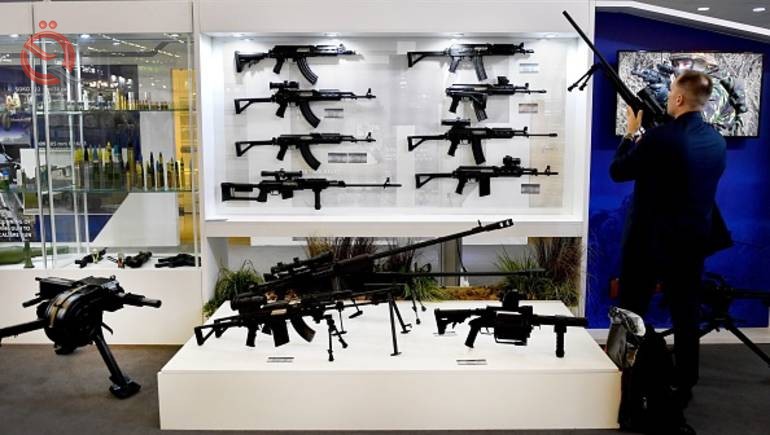 World military spending in 2019 reached its highest levels since the end of the Cold War, and the United States ranked first in terms of spending, according to a report by the Stockholm International Peace Research Institute (Seabury).
Over the year as a whole, military spending rose to $ 1.917 billion (1.782 billion euros) in the world, an annual increase of 3.6%, the largest since 2010.
"Military spending has reached its highest level since the end of the Cold War" in 1989, Nan Tian, ​​a researcher at Sibri, told AFP.
The budget allocated by the United States remains the first in this field, and it increased by 5.3% in 2019 to $ 732 billion, or 38% of global spending. After seven years of decline, the country’s military spending rose again in 2018.
Behind the United States, China comes with 261 billion dollars, an increase of 5.1 percent over one year, and India with 71.1 billion dollars (+ 6.8 percent over a year).
China's military spending over the past 25 years has been parallel to the country's economic growth curve. The investment reflects China's desire for a "world-class army," said Nan Tian.
"China has openly declared that it mainly wants to compete with the United States as a military superpower," he added.
Regarding India, Simon Wiseman, another researcher at the institute, said that "tensions and India's competition with Pakistan and China are among the factors in increasing the country's military spending".
The top five spending nations - including Russia and Saudi Arabia - have all spent more than 60 percent of global military spending.
Germany, which ranked seventh behind France, recorded the strongest increase on the list of the 15 most-spending countries: it increased its spending by 10% in 2019 to $ 49.3 billion, partly due to fears of a Russian threat, according to the report's authors.
While Tian noted that "the growth of military spending has accelerated in recent years," he cautioned at the same time that this tendency may be reversed by the emerging Corona virus, which is shaking the global economy.
As the world heads into a recession, Tien said that governments will have to review military spending and direct it to sectors such as health and education.
"What is going on is likely to have a real impact on military spending," said Tian.
However, the researcher pointed out that the decrease in military spending in the context of a specific crisis does not last long. "We can see a decrease in spending for a period of one to three years, then a new increase in the coming years."