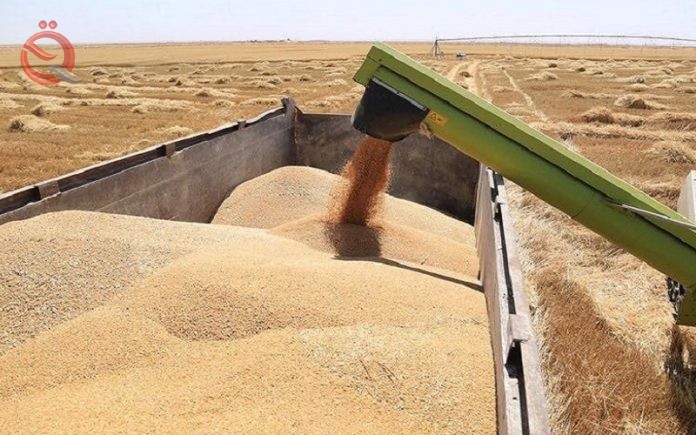 On Sunday, Advisor to the Prime Minister, Abd al-Hussein al-Hanin, announced that Iraq would resume exporting grains after an absence of more than half a century, while he indicated that the new budget model would be at two prices of oil.
Al-Hanin said in a statement reported by "Al-Sabah" newspaper and seen by "Al-Iqtisad News", that "the budget team, in cooperation with the Finance Committee in the House of Representatives, addresses the problem of weak revenues due to the decline in oil prices, and there are procedures in rationalization and preventing waste, and I do not think that there is a serious risk threatening exchange." Salaries in general, and there are proposals to stop the payment of loan installments that employees borrowed for a specific period related to the duration of the financial crisis.
He explained, “The new budget model will be at two fixed prices for the first oil, covering all expenses that cannot be exceeded, the most important of which are salaries, medicines, and payment of farmers’ dues after the success of the agricultural extension and registering records in agricultural production after applying the policy (support to production outputs) that led to the delivery of more than 5 Millions of tons of wheat and a visit to rice production about 13 times, and the matter applies to other agricultural products, as Iraq returned grain after an absence of more than fifty years.
And Al-Hanin said that "the second price of oil is mobile, and this will finance projects and deficits that will appear in the fixed part of the budget, as it is reliable that the deficit does not exceed 20 trillion dinars, which is a reasonable number and within the acceptable proportions with the size of the budget or the country's gross domestic product."