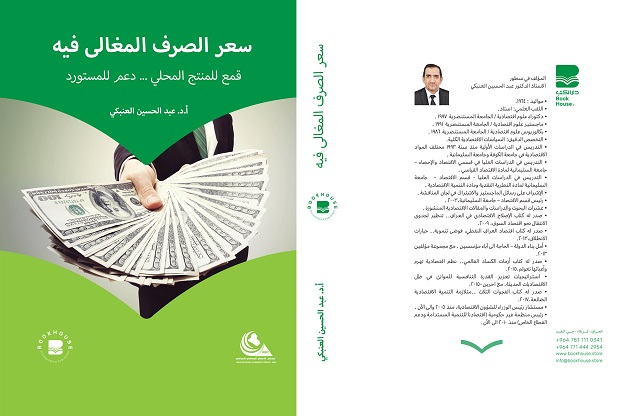 He says John Mainrd Keynes "The practitioners of economic activities who think themselves modernists from any intellectual influence of prisoners are mostly economic ideas from bygone eras, and the insane power of crazy ideas deriving half old academics ."


How big you are, the owner of the Kenzian school, which created a great intellectual turn in the economy after you rebelled against a huge intellectual legacy represented by the classical school, which contains a lot of logical reasoning. Your condolence, at least, that those who attacked you had studied economics intellectually, schools, and saturated with the market mechanism and the invisible hand and limiting the functions of the state to being a guard and knowing the price system and complete competition and many others and attacking you with the logic of the economy, so what can I say in my country Iraq and most of its institutions met Sadia is devoid of any economic person, or at the very least, a person who studied the principles of economics, and I do not say go deeper into the models of total balance, analysis of elasticities, responses, and economic measurement models.

In my country, all of his economic decisions are made by doctors, engineers, chemists, physicists, religious scholars, and politicians, and only economists are absent from them, because they are

You are lucky, Mr. Keynes, at least, because there is a language of specialization with your opponents and agreed upon vocabulary to define it. As for me, I am forced to deal with people from the era of Robinson Crusoe in 1659, who were stranded on an empty island in the heart of the sea alone, and he seemed thinking about how to provide his basic needs that Keep it alive to begin knitting economic thinking as if it were in primitive times.

Those who are with me, Mr. Keynes, are likewise, mobilizing their essence to devise innovative solutions from their shortcomings because they did not read the theories and solutions that fill millions of economic books.


Those with me are ignorant. If we accept that every ignorant person is not in his jurisdiction, and if it were to be ignorant, the problem would be simpler. But ignorance, in two ways, once because they do not realize that they are ignorant, they seek help from someone who understands, and once because it is combined with personal interests that have permitted all methods leading to wealth at the expense of the homeland, so illegitimate marriage has become between power and money, we have only children, ideas of lame, lame solutions, truncated projects and retreats Sustainable.


This book wants to shed light on monetary policy in one of its most important tools which is (the management of the Iraqi dinar exchange rate) that distorted administration that has boosted the rentier of the Iraqi economy and by extension boosted the sovereignty of the foreign product and devoted the defeat of the domestic product in the context of rapid steps that may not be free from external agendas in solidarity with Ignorance and corruption, whether according to the method of entrapment without knowing it is stupidity or according to the method of collusion knowingly it is (conspiracy) or that it is without knowing it is (disregard) or that there are pressure and coercive forces for economic decision-makers it is (failure), or the three together, in a political process whose poles are inconsistent Everyone sells his loyalty for the price J acceptable to himself, because they simply naive not aware of the strengths of the Iraqi economy does not know how to harness them, but do not know how to negotiate even with international organizations on them, thereby exacerbating the economic and unemployment deflation persisted in the arrest of industrial and agricultural production machine in favor of the foreign product and enter into the phenomenon of Sleeping economy (Sleeping

And when the monetary policy in the instrument (the exchange rate) contradicts the fiscal policy in its tax part, especially the customs that is supposed to seek to protect the local product, then this absurdity in the vision and economic decision will have a binding effect on real economic development, since how two policies in one country support both Competitors together (the local product) and (the foreign product) at the same time, rowing in opposite directions keeps the ship stalled or it is heading towards the strongest, and the strongest in Iraq as will be seen through the chapters of this book is to support the foreign product through the overvalued exchange rate in it.


The importance of the book in your hands, my love, comes from the importance of finding alternative sources of financing in light of the financial crisis and the decline in oil revenues and submission to the global market crises and political battles, and that it links the contradictions between the financial and monetary policies in a way that makes their actions go to waste and wastes opportunities for development in Iraq and opportunities to exit from Rentier monism of the economy and its structural imbalance, as well as the fact that the book identifies glitches and attempts to quantify them, allowing the reader to find comparative tools that are easy to understand.


Maintaining the management of oil revenue in the same manner as it has been for decades means keeping the government sector dominant, and it means keeping non-oil revenues declining and the tax base shrinking and will not allow increasing tax revenues at all, and the excessive exchange rate in it achieves a direct loss in financing the public budget and a recession factor To the economy, and biting into the protectionist efforts of the customs policy.


From this standpoint, the book carries on itself the task of going into an unfamiliar way, diagnosing glitches and disbeliefs with all the dysfunctional mechanisms and institutional structures and conducting comparative analyzes with the experiences of similar countries in order to get out of the hegemony of what he called Keynes the old economists and the scum of intruders from non-specialists, and trying to escape from the mafia grip Personal interests and the quagmires of corruption, this task that my voice has been talking about for a decade without success and for which it has borne a lot of threat at times and marginalization sometimes, I put it in the hands of young generations of economists and graduate students, perhaps they come out of misleading politicians I welcome spaces for reflection and stronger citizen for change, and here I will be a fair witness and from within the event on an era in which the political decision and political interests were governed by the objective economic decision and contradicting it in the directions and therefore Iraq remained without development and without employment and the revolution of the hungry and the unemployed may erupt at any time, and here A quote from the mayor must be citedMr. Tariq Amer, who led the policy of abandoning the exchange rate support to the pound, saying, " I will not be happy if the exchange rate of the pound is high while the factories are successful and not working ."

The exchange rate of the Iraqi dinar has an unrealistic value raised by pumping billions of dollars into the currency auction, amounting to (445) billion dollars for the period 2005-2017, during which the Central Bank dispelled much of the foreign exchange reserves, and it achieved a direct loss in financing the state's general budget estimated at billions of dollars if The exchange rate of one dollar = 1500 dinars, and the difference between the floating dinar exchange rate and the current official exchange rate provides a net protection for the imported foreign product that bites all the protective efforts that may be provided by timid customs tariffs, which made the Iraqi production sector stalled and the commercial sector In a prosperous economy that boosted the rentier economy, adopting a gradual managed float to reduce the dinar’s exchange will generate commendable inflationary pressures that are exacerbated by expectations at first, but they soon decline with the extent of the productivity and responsiveness of the productive system as idle factories and abandoned farms operate because they are not currently competitive, and can For actions 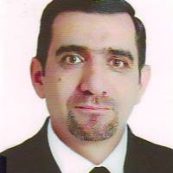