OUT OF SHADOWS "A GREAT DOCUMENTARY"

OUT OF SHADOWS "A GREAT DOCUMENTARY"

One of the best documentaries ever made. A stuntman who worked over 20yrs in Hollywood awakened to what is really going on in pictures two years ago. Almost  ten million views in just over a week. People are waking up daily to the propaganda machine which is the main stream media, Hollywood, and television pushing the narrative that the shadow government wants u to believe and it was working great until the "orange man bad" by providence of God put a log into their spokes and even people that has spent their whole careers in Hollywood that never thought that things like this was happening are making documentaries saying these things are happening.

Re: OUT OF SHADOWS "A GREAT DOCUMENTARY"

Indeed, this is a VERY good documentary, although it pushes the Christian message a bit as opposed to just factual information. But still, well researched, referenced and produced.

I was hoping to see folks suggest OTHER such documentaries that they feel are as high in quality. One, for example, is Loose Change with excellent documentation about what really happened on 9/11. https://www.loosechange911.com/

Edit: I also want to add a recommendation of Amazing Polly and her well-researched video blogs. Here is a recent favorite about Covid-19 coverage being fabricated: https://www.youtube.com/watch?v=cAnSkQojE_4 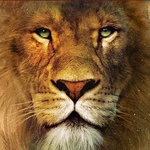 Re: OUT OF SHADOWS "A GREAT DOCUMENTARY"

To bad Liz Crokin was such an integral part of this video. Though she does come off somewhat credible we know better so...
but that said... totally worth the time to watch.
*****************
Out Of Mind
www.oom2.com

Page 1 of 1
Permissions in this forum:
You cannot reply to topics in this forum
Who is online?
In total there are 135 users online :: 4 Registered, 0 Hidden and 131 Guests :: 2 Bots