Hmm.. I wonder if he will have a show this week? Maybe the warden will let him have a laptop in his cell?

What Dave, Robert and Nicole will be experiencing very soon if that Judge does his job!!

They are still thumbing their nose at the judges order and putting out YouTube videos and posting on Facebook...
*****************

Ya that Russian chick is still posting. However the articles I read said Federal Marshals have been engaged to get our favorite scammers.  I think this Texas judge is not playing games

I think this Texas judge gave her more time as she is not considered as involved in the scam as douche bag Dave or Booby Dunlap. However,  this judge ain't playing.  Nicole the nut can talk to Abraham Lincoln all she wants. If she too ignores his order, Abe will not save her ass.

Oh the chick narrating the videos is Russian.  Trust me. Her accent and inability to pronounce "V" is a give away.  Who knows where Booby Dunlap found her..

Think of all the people involved in Meta 1 who are going to be a part of these proceedings. 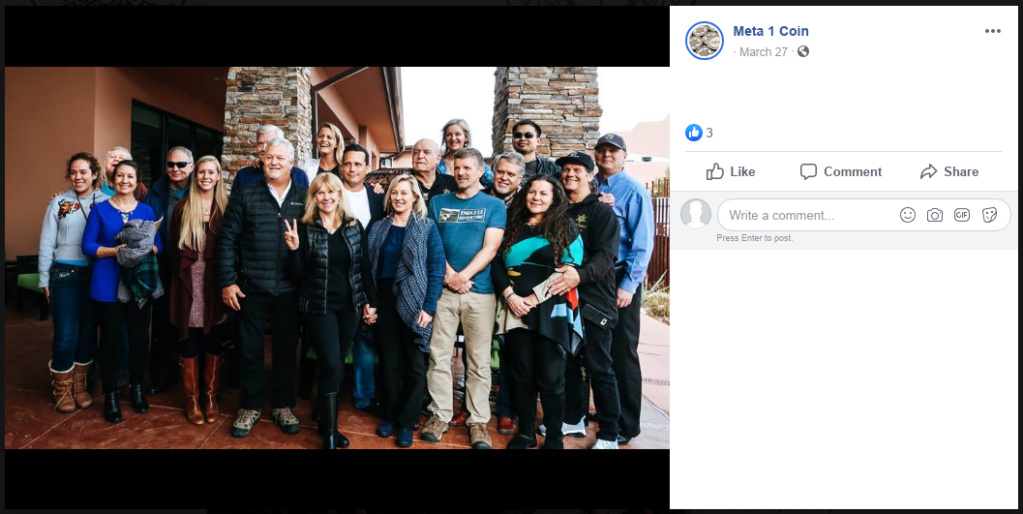 I was wondering if the rest of the team would be called in but so far I dont think so. Were others listed in the court docs?

Purple- check out how they transport people arrested in other states with bench warrants. There are some good YouTube vids as well as info on the internet. But long story short, they dont always arrest and fly them to the correct jurisdiction. They BUS them. Ya...no joke. It takes days as they stop to get other criminals like Dave and Robert and in many cases those detained have to stay at a local prison en route. Booby Dunlap miscalculated BADLY!Usually, there are simply fines for now shows. The Judge, Robert Pitman was NOT playing since as you can read his statement, he understands these scammers WANTED a fine, given they scammed $4.3 million dollars, most of which is unaccounted for, they could pay the fines. As Clint Eastwood said in Grand Torino - " Did you ever notice sometimes you fu^k with someone you shouldn't have?"In this case, this Judge was someone they should not have fu^ked with. I cannot wait until I read about these 2 scammers being hauled in! CHRISTMAS IN APRIL!!