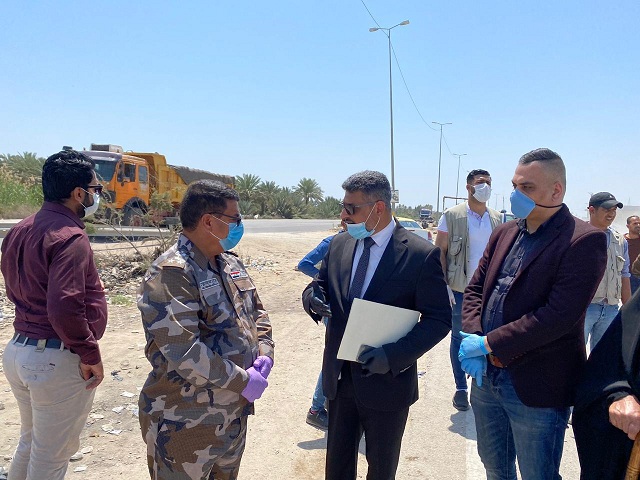 The team conducted field trips to the control of Abu Gharib and Yusifiyah in Baghdad Governorate, the Nile in Babil Governorate, and Umm Al Hawa and Alwand in Karbala Governorate.

The team conveyed to those in charge of those controls, the directives of the senior management in the General Secretariat of the Council of Ministers, the need to adhere to what was stated in the decisions issued by the official authorities, which would maintain the flow of food, medical and agricultural supplies.

The team also followed up the health measures taken against the citizens entering the governorates, by conducting the necessary medical examinations by the dispersed health teams, and transferring those who were found to be infected with Corona virus to quarantine places designated for this purpose.

The team had visited, last week, a number of control of the provinces of Diyala, Salahuddin and Kirkuk.

Page 1 of 1
Permissions in this forum:
You cannot reply to topics in this forum
Who is online?
In total there are 79 users online :: 2 Registered, 0 Hidden and 77 Guests :: 2 Bots