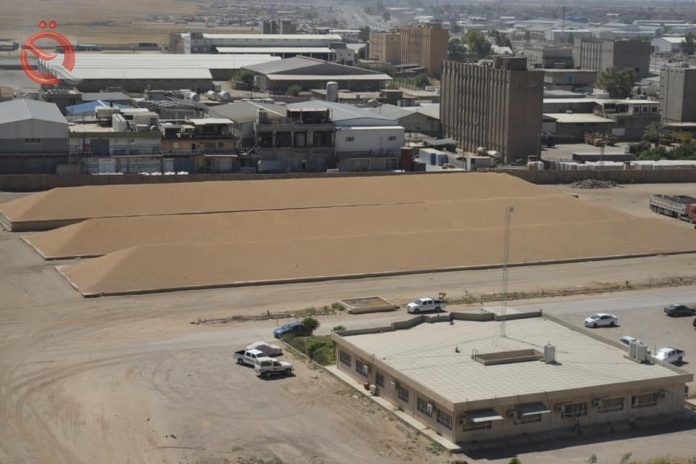 On Monday, the Supreme Agricultural Committee in Wasit Governorate announced the start of the process of marketing wheat and barley crops from peasants and farmers within ten marketing centers distributed among the general areas of the province to ensure the flow of marketing.
The head of the Supreme Agricultural Committee, Governor of Wasit Muhammad al-Mayahi, said in a statement seen by "Al-Iqtisad News", "The marketing of wheat and barley crops was launched within the plan of the current winter season 2019-2020, with an area of ​​one million and 483 thousand and 542 dunums of agriculture, distributed among all regions of the province Wasit by relying on the main water sources. ”
He added that "the agricultural plan is the largest in the history of the province, if compared to the area of ​​land cultivated with crops within the plan of last year 2018 - 2019, which amounted to 568 thousand dunums", indicating that "the province, in cooperation with the Ministry of Commerce, set up ten marketing centers to receive wheat and barley crops from The farmers and farmers for the current winter season, after having been eight centers for the last season, in order to ensure the smooth flow of the marketing process and not to charge farmers and marketers additional transport fees.
He continued, “The governorate will occupy the first position among the governorates during the current season after assuming the first position during the previous agricultural season 2018-2019 with a marketing amount exceeding 640 thousand tons of wheat and barley crops, despite the fact that the land area was within the agricultural plan amounting to 568 thousand dunums That is, the agricultural yield per acre exceeded one ton of crop.