Don961:  Citizens: Prices are at their normal levels

Despite halting the import of hundreds of products about a month ago, the markets have not witnessed a clear impact, as happens in countries that are advanced, if hundreds of tons of various foodstuffs and vegetables daily enter Baghdad and the provinces.

The Baghdad Operations Command confirmed the entry of 14,749 wheels carrying foodstuffs to the capital from the beginning of the curfew until now, in cooperation with the Baghdad Chamber of Commerce.

The economist Thamer Al-Azzawi said in a statement to "Al-Sabah": "Wholesale centers and others have managed to meet the needs of the market so far."

He added that "the ministries of agriculture and trade succeeded during the period of imposing the embargo in building bridges of trust between farmers and animal production companies, traders and citizens."

However, he pointed out that "many imported products are beginning to shrink in the markets, calling the crisis cell with the exception and support of factory owners and workers to fill the void." Citizens assert that "the prices of food and vegetables have not risen well above their rates and the permissible limit."

They told Al-Sabah: “When we hear the news and call our relatives in some Arab and western countries as they talk about food shortages, we thank God, especially since most of the necessary and basic needs are available.”

They stressed "the importance of expediting the disbursement of the emergency grant that the government launched an application for, especially with hundreds of thousands of citizens being affected by the curfew."

In this regard, Minister of Agriculture Saleh Al-Hassani said: "The rise in prices is due to the weak souls of sellers in the markets and we ask the economic security to monitor prices."

Amid this picture, the Baghdad Chamber of Commerce revealed proposals to address the problems that dealers suffer from due to the current situation.

Director of the Supervision and Follow-up Department at the Baghdad Chamber of Commerce Omar Al-Sudani said: “The Chamber presented the traders’ proposals to the Prime Minister regarding the problems that represent a challenge to the commercial movement. ”He pointed out that“ the most prominent of these proposals is to solve the issue of selling the dollar by selling it directly to traders. ” And, as well as facilitating the entry of foodstuffs to all commercial areas through control, without any obstacles. "

Al-Sudani indicated that "the Baghdad Chamber of Commerce went to the local markets and followed all the prices, and what was going on in the stores. Weaknesses, problems, and shortcomings were diagnosed within the stores," noting that "the room listened to all the merchants, and was briefed on their most prominent problems."

He added that "the problems of the merchants lie in the entry of foodstuffs through the checkpoints to the commercial areas in Baghdad, as well as the sale of the dollar exchange from the central bank, which led to the rise in exchange rates." People involved".

He continued, "The prime minister promised that in the coming days, the dollar will be sold directly to the merchant and to all exchange offices and private banks, in addition to facilitating the movement of trucks entering the transport of food materials . "  link

Samson:  Official: The G20 is considering postponing the payment of debts of poor countries at a value of 14 billion dollars

The official added that the immediate debt relief proposed by the International Monetary Fund and the World Bank would likely be part of an action plan expected to be submitted by finance ministers of the G20 member states, after a slight adjustment on Wednesday 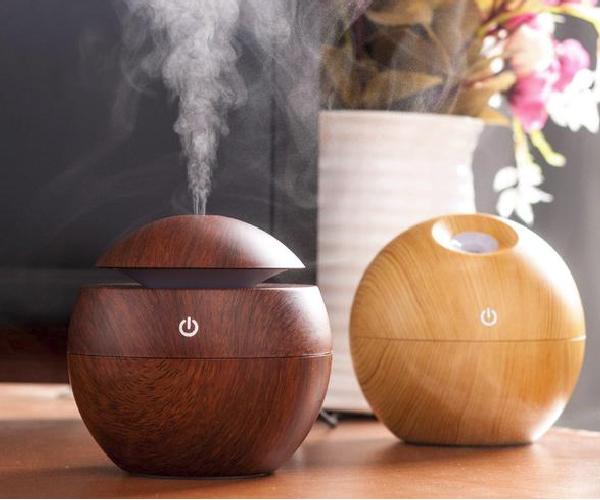 
Samson:  The IMF eases the burden on 25 countries due to SK

The International Monetary Fund announced its intention to reduce the debt burden of 25 member states, to fight the Corona virus

The easing included a group of African countries and two Arab countries, Yemen and Comoros, and those countries are scheduled to receive grants to cover their debt service obligations due to the IMF for an initial period of six months, according to Reuters

Kristalina Georgieva, Executive Director of the International Monetary Fund, said that the Trust Fund for Disaster Containment has resources of about $ 500 million, including new pledges of $ 185 million from Britain and $ 100 million from Japan and undisclosed sums from China, the Netherlands and other countries.  The fund seeks to increase the amount of available funds to 1.4 billion dollars

"This provides grants to our poorest and most vulnerable members to cover their debt obligations to the International Monetary Fund for an initial six-month period and will help them channel more of their scarce financial resources to vital emergency supplies and other relief efforts," Georgieva added

Samson:  Al-Rafidain invites some departments to receive their salaries for the current month electronically, not manually

09:11 - 04/14/2020
Al-Rafidain Bank called, on Tuesday, some state departments to speed up the activation of MasterCard cards and receive the salaries of their employees for the month of April electronically and not manually.

The bank’s media office said in a statement that it received “the information”, a copy of it, that “the bank demands from some of the departments’ account managers to activate the mastercard cards for its employees that were received by the bank so that the salary for this month can be disbursed electronically.”

The statement added that “the directors of the accounting departments of some departments must address the general administration of the bank and instruct the completion of all procedures related to the activation of the Master Card, especially in light of the conditions the country is currently experiencing due to the Corona virus and the need to leave manual cash and deal with the electronic system for salary payment.”   LINK

Samson:  Strategic expert: The solution to the economic crisis in Iraq is through the restructuring of the budget

Hussein Allawi, the strategic expert, revealed that restructuring the budget is the best solution to solve the economic crisis in Iraq.

Allawi said in a tweet on "Twitter", "The solution to the Iraq crisis is its economy, our problem today is in the structure of the state's general budget, as it is without changing the budget approach from schedules and items to the programs and performance budget, over a period of 24 months 2020-2022."

He added, "Formulating a public health program, an electricity program, and a program for water and sanitation services, school buildings and technology."   LINK

14th April, 2020
Three well-informed sources said that the US Department of Agriculture will spend up to $ 15.5 billion as an initial stage of its plan to support food supply chains in countries experiencing the consequences of the emerging corona virus.  The plan could be announced this week and it will be the first major effort by the Trump administration to ensure that the pandemic and its aftermath do not cause food shortages.

According to the sources, the initial plan will include direct payments to farmers and farm owners in addition to other support measures for the sector, using part of an amount approved by Congress in the amount of 23.5 billion dollars to support agriculture within the framework of a draft law to stimulate the consequences of the epidemic last month, in addition to some of the funding available at the Ministry of Agriculture.

She added that the initial plan would be announced soon, perhaps this week, and the ministry would later detail other phases in the subsidy program as soon as more stimulus packages were made available, which might be in July. The US Department of Agriculture declined to comment on the initial phase of aid.   LINK[/size]
*****************
Tweet

Re: KTFA: DELTA Full UPDATE and Transcript for, MARCH 14