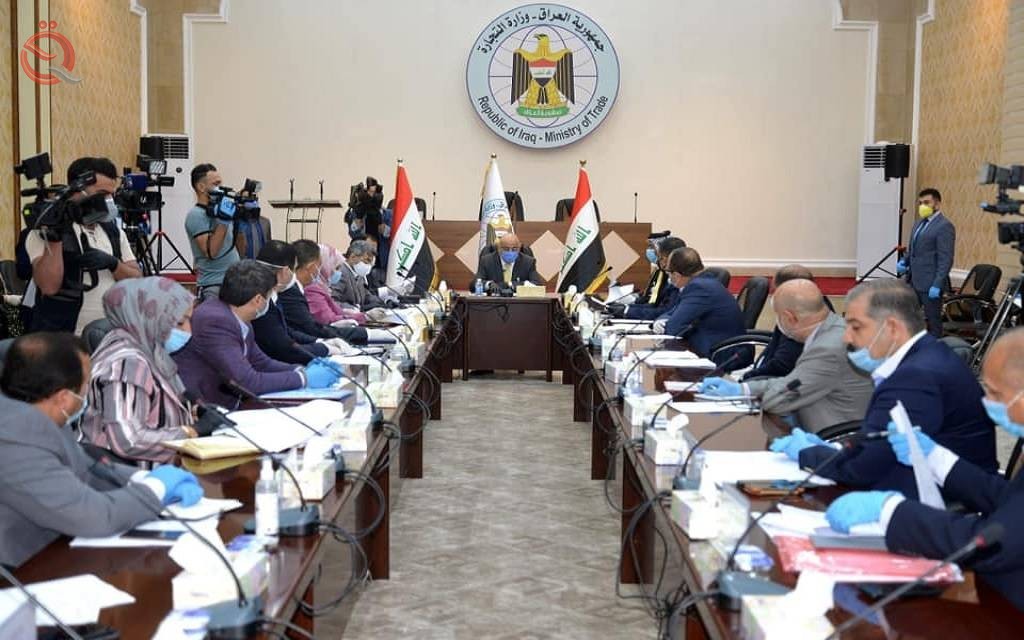 The Iraqi Minister of Trade, Mohammed Al-Ani, announced the formation of chairman and subcommittees to make the marketing season for wheat and wheat (barley) crops due to start on April 20, revealing the prices of the crop in the marketing season.
The minister said in a statement seen by "Al-Iqtisad News" on the sidelines of the Supreme Marketing Committee meeting, which was held on Sunday, that "an integrated plan has been adopted to market and receive wheat crop, commensurate with the quantities expected to be marketed by farmers and according to the plan approved by the Ministry of Agriculture and the amounts that It will be allocated by the Ministry of Finance under this year's federal budget. "
Al-Ani added, "The General Company for Grain Trade has completed all procedures and steps for the success of the marketing plan in accordance with the controls and instructions, and head committees have been formed in the General Company for Grain Marketing and other sub-governorates in the provinces to follow up and implement the marketing plan for the wheat crop."
He continued: "The farmer has the right to market his proceeds to the state according to the approved price or not."
On wheat prices in the marketing season, the minister explained, "Local wheat prices were approved according to Cabinet Resolution No. 249 of 2016 or according to decisions issued later."
He revealed, "The price of the first grade wheat will be 560 thousand dinars, the second grade wheat will be 480 thousand dinars, and the third grade wheat will be worth 420 thousand dinars."
The Minister pointed out, "The adoption of specifications in the operations of receiving and marketing the wheat crop according to the memoranda of the Quality Control Section numbered (571 and 572), including that wheat be free from animals, rodents, birds and their droppings and any strange smells."
He stressed that "the wheat is due to the current season and not for previous years and does not contain dyed grains in any proportion and does not contain chemical and biological pollutants and does not contain imported grains or pricked grains."
Regarding the measures taken in light of the spread of the Corona pandemic, the Minister pointed out, "Commitment to health protection measures and guidelines for the crisis cell due to the spread of the Corona pandemic, prevent mixing with farmers and preventing them from entering together, and commitment to wear masks and paws and dust the workplace."