At the invitation of the Baghdad government ... the international coalition announces the survival of Operation Solid Resistance in Iraq

At the invitation of the Baghdad government ... the international coalition announces the survival of Operation Solid Resistance in Iraq

[size=36]At the invitation of the Baghdad government ... the international coalition announces the survival of Operation Solid Resistance in Iraq[/size] 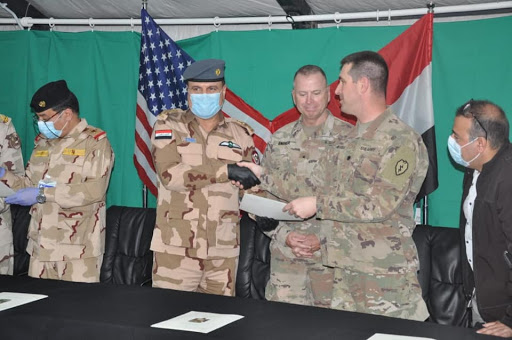 The International Alliance announced, on Saturday, that the solid determination process will remain in the country, at the invitation of the Iraqi government.

A statement of the alliance stated that "as a result of the successes achieved by the Iraqi security forces in the campaign against ISIS, the international coalition is repositioning its forces in Iraq," noting that "these movements have been planned for a long time with the Iraqi government."

He added, "The transfer of bases, which was previously planned, has nothing to do with the recent attacks against Iraqi bases hosting the coalition forces, or the ongoing situation of the Corona pandemic in Iraq."

And he stated, "The solid determination process will remain in the country, at the invitation of the Iraqi government, and the redeployment will continue in the 2020s."