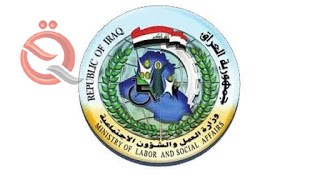 Economy News _ Baghdad
On Friday, the Minister of Labor and Social Affairs, Basem Abd Al-Zaman, announced the postponement of the payment of small loans granted to beneficiaries for a period of 3 months, while next Sunday set a date for the payment of full-time appointments after resolving all problems.
The Ministry’s media said in a statement received by Al-Iqtisad News, a copy of it, that “the Minister of Labor in the name of Abdul-Zaman discussed with the ministry’s advanced owners through the teleconference network the ministry’s plan to confront the economic consequences resulting from the Corona epidemic and the imposed curfew.”
He added, the statement that "the minister decided during the meeting to distribute the salaries of the full-time appointee to the category of people with disabilities no later than next Sunday, after resolving all financial and administrative problems."
He continued, "He also decided to postpone the payment of loan installments granted to the beneficiaries of the Small Income Generating Income Support Fund for a period of three months, taking into account the living situation of this group under the current circumstance."
The statement pointed out that "during the meeting, the financial, legal and administrative aspects of the proposal to grant a financial sum to the groups affected by the ban were discussed," stressing "agreement to complete those aspects and prepare a study on the subject for the purpose of presenting it next week at the cabinet meeting to issue the appropriate decision in accordance with the financial powers and capabilities" .
He called on the Minister of Labor and Social Affairs to "expand cooperation with organizations and companies operating in Iraq in order to provide various food baskets to be distributed according to the database available at the ministry."