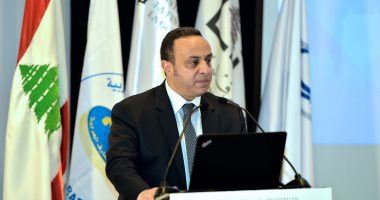 Fattouh pointed out that the impact of this epidemic on the global economy, including Arab economies, has prompted Arab governments, in cooperation with their central banks, to take many precautionary measures and emergency preparations in the financial, banking and monetary areas to mitigate the effects of the spread of the virus on various economic sectors and financial markets.

Within the framework of the comprehensive state plan to deal with the repercussions of the emerging Corona virus, Egypt has allocated 100 billion Egyptian pounds of financing.

The Central Bank of Egypt issued several circulars in the framework of precautionary measures to reduce the risk of the spread of the virus and its effects, manifested by setting a temporary daily limit for withdrawals and cash deposits in bank branches and ATMs with the aim of reducing the risk of spreading the virus, and postponing the credit benefits of medium, small and micro companies for a period of 6 months. , And not to apply any fines for late payment.

The Central Bank also requested the development of urgent plans to increase the credit limits with external banks in order to continue to provide the necessary financing for foreign trade operations, and urged customers to implement banking transactions through electronic channels and cards instead of cash transactions, in addition to increasing the daily limits for dealing with debit and credit cards.

The Central Bank also announced that it would monitor the situation and developments locally and internationally, to intervene immediately and take the necessary measures to maintain banking and monetary stability.