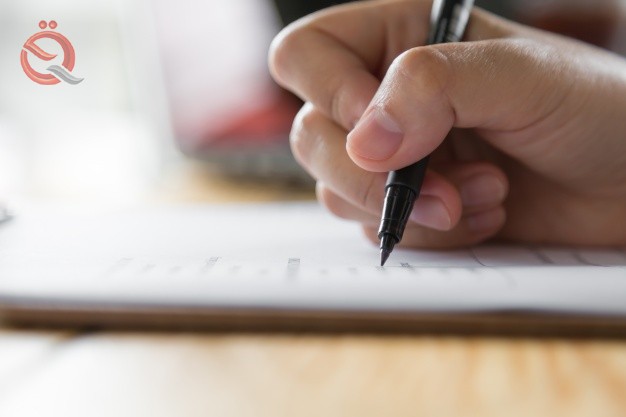 The payment system is the basis for the economy of any country, because it is at the center of economic activities and in general, the payment tools reflect the way in which the individual can pay for the goods and services he gets.
The payment system has witnessed many developments starting with the barter system, which means exchanging a commodity in exchange for another.
There was no other way to exchange, and this system was accompanied by many difficulties, which led to the creation of another method, which is commodity money, then legal paper money, and with the development of economic life more and more led to the emergence of Another innovation, which is checks, and with the era of globalization, the revolution in information technology, and the emergence of the Internet, has led to the creation of more sophisticated means, which are electronic means, and it is defined as a group of tools and methods that rely on electronic technology to transfer money, which facilitates the exchange process.
In a fast and safe manner and at the lowest possible cost in the conduct of exchanges, electronic payment tools are the most controversial today, so most of the central banks in Arab countries have replaced them with traditional tools.
And in Iraq, in particular, is still the most dangerous thing facing the Iraqi economy is the frequent use of liquid cash, so the proliferation of electronic tools will certainly have positive effects on the Iraqi economy.
Therefore, the Central Bank of Iraq has taken several steps to develop payment tools and has been distinguished by launching several projects aimed at reducing the use of traditional tools (money), including the project of localizing the salaries of state employees as well as the spread of card services of all kinds (credit or credit card, debit card or city, prepaid card ), As well as the proliferation of mobile phone service and electronic wallets.
Many economists have expected the disappearance of paper money from circulation after the emergence of the wave of modern tools, as electronic tools have become a threat to the existence of paper money, but the reality is that money has remained the main dominant in circulation, as we still use liquid money in most of our daily dealings, as is the case in small shops and refiners.
Hair, taxi driver, etc. We do not accept others as a method of payment, as it represents a safe and reliable method, but in reality it is not the ideal solution.
There are a group of reasons that may be the main reasons for the non-proliferation of electronic payment tools:
1- The absence of an electronic payment culture among the majority of individuals.
2- There is no banking culture and awareness in society.
3- The difficulty of individuals accepting these modern tools and considering them as a final alternative to the traditional means. Therefore, Iraq cannot easily dispose of the money.
4- The small media campaign to introduce the importance of electronic tools.
It can be said that there is an opportunity to limit monetary dealing today through the emerging virus (Corona) and what is confirmed by this is made clear by the World Health Organization that dealing with banknotes is one of the main reasons for the transmission of this virus and other experts stressed that the exchange of banknotes is a source for the transmission of all types of bacterial and viral infections Therefore, most of the world's banks sterilized the banknotes in the automated teller machines (ATMs) to ensure no infection was transmitted, and the World Health Organization advised to switch to contactless cash payment to limit the spread of the virus. Consequently, this is considered an opportunity to increase awareness and turn towards the electronic card and to spread the points of sale at the stores extensively, but it requires an extensive media campaign to spread the electronic culture to individuals and shop owners and urge them and encourage them with electronic tools.
Economic Researcher