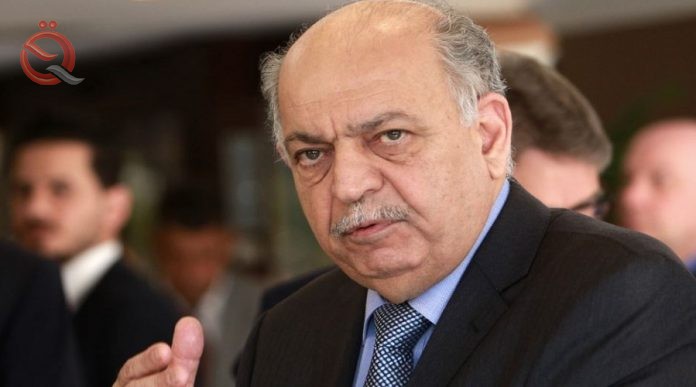 Economy News _ Baghdad
On Monday, Oil Minister Thamer Al-Ghadban announced that the country is in the process of opening a dialogue with licensing tour companies, noting that the situation cannot continue as it was before the global crisis and the spread of the epidemic, as he stressed that Iraq is concerned with the interests of those companies as they understand the country and the world.
"The situation cannot continue as it was before the outbreak of the epidemic, changes in the global economy and low prices," Al-Ghadban said in a press statement followed by the "Economy News", noting that "there are many alternatives, including opening a dialogue with oil companies, and this issue is being studied seriously." .
He added: “They are our partners and their interests matter to us, as well as ours, but at the same time they understand the global economic situation and the economic situation of the country.” He pointed out that “there is a similar common experience between Iraq and those companies during the emergence of the terrorist ISIS and the decline in global oil prices in 2014 2015 and 2016.”
Al-Ghadhban asserted that “the necessity of agreeing on a specific formula so that the oil companies’ entitlements do not overburden the state’s budget in the first few, with a view to perpetuating the keenness on partnership and the survival of those investors in Iraq, ”noting that“ the government is keen on their survival and health safety and overcoming obstacles in terms of travel, return and arrangement Work meals and shifts as they understand it.