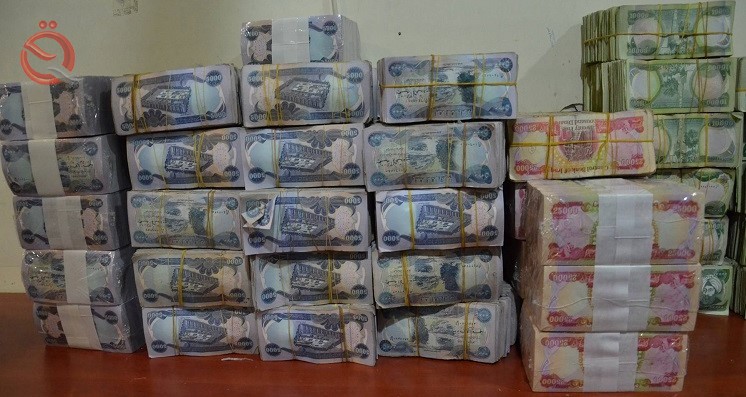 Economy News _ Baghdad
On Thursday, the Federal Government sent the amounts for the salaries of Kurdistan Region employees.
The director of the central bank branch in Erbil, Abed Saleh, said that the federal government has sent an amount of 453 billion dinars to the branch, noting that the Ministry of Finance and Economy of the Kurdistan Regional Government can receive the amount on Friday so that it can distribute the salaries of the region's employees.
He added that this amount is a supplement to the salaries of employees.
This comes shortly after the Kurdistan Regional Government confirmed that it was awaiting funding from the federal government to pay the remaining salaries to employees.
"The government has harnessed all its capabilities in fighting the Corona epidemic, and we assure citizens that preserving their lives and securing their lives is a top priority," said regional government spokesman Gutiar Adel in a statement seen by Al-Iqtisad News.
"Concerning the distribution of salaries, each of the Ministry of Peshmerga, Health, Finance, Economy and Interior received the salaries as they were secured from the special amounts from the region's revenues," the spokesman said.
And Adel added that "with regard to the ministries and other institutions, we are awaiting the arrival of funding from Baghdad," stressing that "any time the funding reaches, salaries will be commenced directly to all ministries and institutions according to a mechanism that takes into account health instructions."
He noted that Baghdad was late to send the amounts set for the salaries of the region's employees as a result of the imposition of a curfew due to the spread of Corona virus, indicating that the Minister of Finance in the region’s government is in continuous communication with the Minister of Finance in the federal government to find a solution to this problem, and for this reason we are awaiting to send the amount of Baghdad during the coming days, and upon its arrival, the salaries of all ministries will be disbursed.

Page 1 of 1
Permissions in this forum:
You cannot reply to topics in this forum
Who is online?
In total there are 138 users online :: 1 Registered, 0 Hidden and 137 Guests :: 1 Bot