Al-Jadri: The political blocs turned the page on the return of Abdul-Mahdi to the government

Al-Jadri: The political blocs turned the page on the return of Abdul-Mahdi to the government 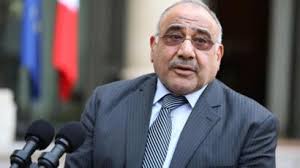 Baghdad / Al-Ikhbaria:
A member of the General Authority for the stream of wisdom, Acer Al-Jadri, revealed on Monday that the political blocs do not want the resigned Prime Minister to return again.

Al-Jadri said in a televised statement, followed by "Al-Ikhbaria", that "the political leaders turned the page on the return of the resigned Prime Minister, Adel Abdul-Mahdi."

He added that "the blocs agreed not to agree on the prime minister and that Al-Jadri: the return of Abdul-Mahdi will increase the complexity," noting that "Abdul-Mahdi does not want to return and wants to get rid of the heavy legacy."

He pointed out that "the participation of wisdom after the apology of Muhammad Tawfiq Allawi came with the desire of the leaders of political blocs in order to get acquainted with the Shiite house."