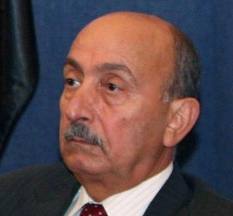 The collapse of the Saudi-Russian agreement to cut production to support prices comes at a historic juncture that may determine the future of oil in particular and fossil fuels in general (coal, oil, and gas). In light of the escalating environmental pressures, the policies of many countries are accelerating to reduce carbon dioxide emissions to reduce global warming. And after the talk in the last century of the depletion of oil production, the words and analyzes are now being gathered near the (depletion of demand) for oil.

In this current crisis, the struggle between producers will shift to stay on the market when oil demand flattens or falls altogether. Meanwhile, advertisements for new exploration of traditional oil, Tar sans, Shale oil, or heavy oil such as Venezuela’s oil in the Orinoco Belt are increasing. Canada increased its fixed reserves three times, America weakened, and Venezuela nearly quadrupled, so the world's fixed reserves increased more than twice during the last twenty years instead of decreasing due to the production of nearly one hundred million barrels per day.

Adnan Al-Janabi *: Al-Israrajj, Raj Al-Nataij, from
Maintaining an ultra to stay in a shopping mall


The collapse of the Saudi-Russian agreement to cut production to support prices comes at a crossroads
The future of oil, especially fossil fuels in general (coal, oil, gas)
In light of mounting environmental pressures, many countries are accelerating their policies to reduce second emissions

Carbon oxide to reduce global warming. And after that what was said in the last century about
Depletion of oil production, words and analyzes are gathered near (depletion of demand) for oil.
In this current crisis, the conflict between producers will shift to remain in the market when it flattens
Demand for oil is dropping, absolutely.

Meanwhile, announcements of new oil exploration are increasing
Conventional or sand oil (sans Tar) or shale oil (oil shale) or heavy oil such as oil
Venezuela in the Orinoco belt. Canada increased its fixed reserves to three times and America to
And Venezuela almost doubled, so the world's fixed reserves increased to more than
Weakness during the last twenty years instead of decreasing due to the production of nearly one hundred million barrels per day.

The interests of the producing countries are divided into two parts. A section that includes the group of high-cost countries in production
Such as the United States, Russia and Canada in addition to some OPEC countries such as Algeria. And the department has
Big reserve and low cost.

When competition for markets intensifies, countries with high reserves and low costs are in place
Like Saudi Arabia, Iraq, and Kuwait, I am able to compete in a market that is flooded with production and declining
To consume.

It is not in the interest of the countries in the second group to keep the prices high, which sustains the palm-holders
High on the market. The policy of rationing production led to maintaining prices by more than ($ 60)
American production from about seven million barrels per day per barrel to production growth before the production of shale oil
At present.

That is
In the year 2010-2011, to more than fifteen million barrels per day
A mile a day, producers in OPEC and Russia lost markets of about eight million birr.
Iraq lost the historic opportunity to raise its production to more than ten million barrels per day
Because of its dependency on OPEC decisions, lack of strategic clarity and greed to meet needs
A fully rented, rentier rentier country Iraq has no less immediate reserves of oil imports. omen


If the completion of exploration of known and third parties
On the weakness of the currently installed reserve, especially
Fully explored through exploratory drilling. And Iraqi oil is still produced at a cost of no more than
Production costs in Saudi Arabia and Kuwait, if not less.

When it was agreed between OPEC countries and other countries such as Russia to reduce production to maintain
On prices, I said at the time that the biggest loser was Iraq **, because he abandoned his policy on
Expand production, and commit to reducing production. Iraq's revenues may decrease in the short term from the sale
To more than ten million
Low prices, but increase production from five million barrels per day
It would provide more revenue in the medium and long term. But more dangerous than that
The decline in demand and the end of the oil era will keep three quarters of the Iraqi reserves in the ground.

The oil market is currently dependent on 80% in the transportation sectors, and 15% in industries
% For separate uses. Petrochemical and plastic are currently accelerating and about 5 termination policies
Use of oil-based transportation. The European Union established a general situation (2040).

As deadline for engines combastio Internal vehicles
On its roads, countries like Germany and Britain pledge to reach this goal in 2035
Time, there are accelerating campaigns to limit the use of plastic products.

In this atmosphere, it is in the interest of Iraq to enter competition for markets and increase production
Accelerating, which may restrain American, Canadian, and even some oils
High-cost Russian. Rather than this inevitably within a decade or two, it will be some
Internally, mercantile policies and trade agreements are internally market-protected, such as the American market.

Or invited
Such as Trump's current policies, or are linked to integrative investments with liquidation and distribution.
Iraq must enter with a bold and long-term strategy. Crises have always been factors
Help flip the traditional scales. The chance for Iraq now is to reject the return of the Saudi agreement.

Russian to further legalize production, and work rapidly to increase production and find complementarity
Integrated investment with markets, especially in China, Southeast Asia and India.
(*) Head of the Iraqi Research and Studies Center (Creative) and former head of the Energy Committee in
Iraqi Council of Representatives

Page 1 of 1
Permissions in this forum:
You cannot reply to topics in this forum
Who is online?
In total there are 84 users online :: 1 Registered, 0 Hidden and 83 Guests :: 1 Bot