Al-Haddad: The March 11, 1970 agreement is a historical document and official recognition of the national rights of the Kurds, and an affirmation of the need to adopt peaceful methods, negotiation and dialogue to reach stability and peace

Al-Haddad: The March 11, 1970 agreement is a historical document and official recognition of the national rights of the Kurds, and an affirmation of the need to adopt peaceful methods, negotiation and dialogue to reach stability and peace

[size=32]Al-Haddad: The March 11, 1970 agreement is a historical document and official recognition of the national rights of the Kurds, and an affirmation of the need to adopt peaceful methods, negotiation and dialogue to reach stability and peace[/size] 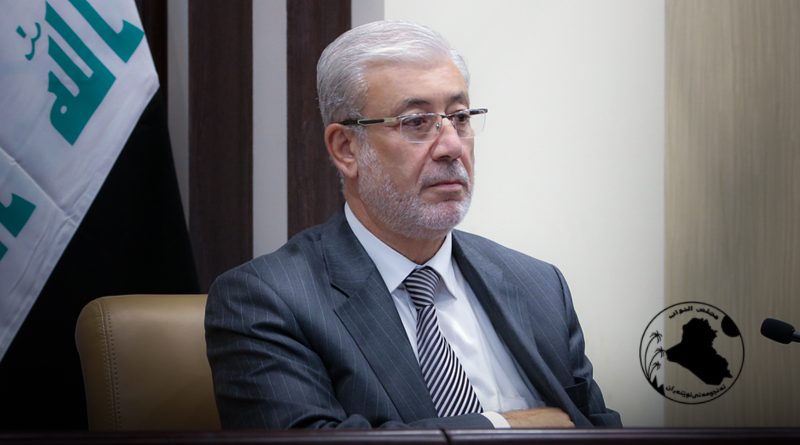 The Deputy Speaker of the Iraqi Parliament, Dr. Bashir Khalil Al-Haddad, stressed the importance of establishing the concepts of tolerance and peaceful coexistence among the components of the people and preserving the democratic experience and the social fabric.

This came in a statement issued by his office on the occasion of the 50th anniversary of the anniversary of the eleventh of March 1970, in which the Iraqi government at that time recognized the national rights of the Kurdish people, indicating that the March agreement came as a free will and desire of the Kurdish struggling people led by the late Mustafa Barzani to adopt Peaceful methods, negotiation and dialogue with Baghdad.


Al-Haddad added: “The March 11, 1970 agreement is a historical document and official recognition of the rights of the Kurdish people from the governments in Baghdad for that period. Indeed, peace and stability prevailed, and joy reigned among Iraqis throughout the country with their Arabs, Kurds, and other nationalities and spectra, but unfortunately, they appeared after less than four years on The agreement is a policy to empty the content of the agreement and reveal the language of threat and weapons against the Kurdish people.

The Vice-President of the Council pointed out that the Korean people today commemorate this anniversary in order to prove to the world that the Kurds have the determination and true desire to lay the foundations of peace and express the extent of their desire to live together in safety and lasting stability in the shadow of a federal democratic Iraq that secures the rights of all components of the people. Today, in this difficult stage that Iraq is going through, the national duty requires all parties and spectrums to work hard to foster a spirit of citizenship, real participation in the political process and to proceed in the process of comprehensive and sustainable development, lay the foundations for reform and social justice, and achieve the demands of the masses.