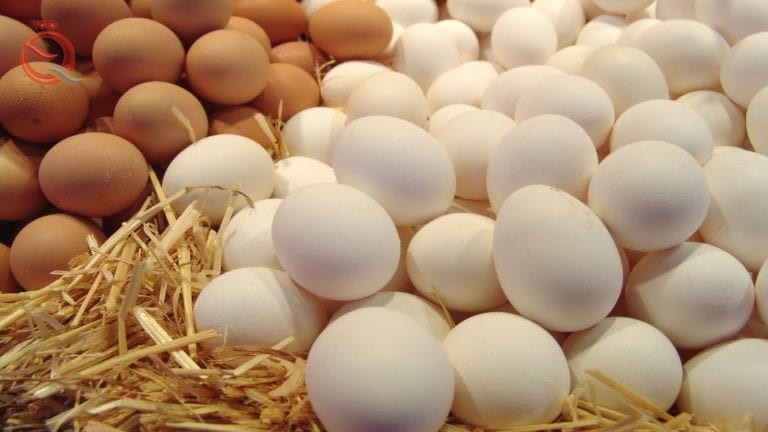 The Holy Karbala Agriculture Directorate announced Sunday that the governorate has reached the stage of self-sufficiency in producing chicken and table eggs.
The director of Karbala Agriculture, Razzaq Al-Taei, said in a statement seen by Al-Iqtisad News, that "the department, through its livestock projects that it implements within the agricultural initiative of the number of poultry production projects that number 73, has achieved an increase in total production by up to 20 percent over production During the past months of last year. "
Al-Taei added, "The projects for hatching eggs specialized in the production of broiler or table eggs have achieved during the month of February last production amounted to two million and 125 thousand broilers, including seven projects for the production of table eggs and 66 projects for the production of broiler meat, of which 12 are not approved by the competent authorities ".
Al-Tai indicated that "the annual production capacity of hatcheries reaches 63 million and 800 thousand eggs, and poultry projects have contributed to satisfying the local market's need for eggs and meat, as project production ranges from hatching eggs within the approved projects between more than four million eggs to 17 million eggs, These projects receive support from the Ministry of Agriculture by providing forage and veterinary treatments in a subsidized way to support the poultry sector, especially after achieving self-sufficiency in table eggs and poultry meat. "

Similar topics
» Marketing 11 million table eggs in Karbala
» Parliamentary Agriculture: Iraq plans to export 900,000 tons of barley, as well as chicken, fish and table eggs
» Deputy Prime Minister for Economic Affairs receives the President of the Association of Poultry Breeders and a number of field owners and manufacturers of chicken meat and table eggs
»  Iraq continues to ban the import of vegetable crops as well as eggs, chicken and fish
» Karbala is self-sufficient in agricultural crops and livestock