The Minister of Planning, Dr. Nuri Sabah Al-Dulaimi, received at the Ministry’s Bureau today, Monday, Mr. Bilal Rabah Al-Saghir, the Resident Representative of the International Finance Corporation (a member of the World Bank Group) in Iraq and his accompanying delegation. During the meeting, they discussed ways to enhance support for the national project for youth employment.
During the meeting, the Minister of Planning indicated the governmental efforts led by the Ministry of Planning to activate the youth employment project in all governorates with the aim of providing 100,000 jobs in the private sector during the current year, appreciating the efforts of the World Bank Group in support of various sectors of development in Iraq, stressing the importance of the project as One of the Ministry's strategic priorities in empowering and developing the private sector.


Noting the efforts that the ministry went on to achieve with all national and international events to develop the youth’s professional capabilities and enable them to manage their projects that will be implemented through the national project for youth employment, stressing the importance of establishing a vocational institute specializing in training young people in various technical, technical and administrative skills, and preparing feasibility studies Economic.


For his part, Mr. Bilal Al-Saghir expressed his high appreciation for the level of joint cooperation with the Ministry of Planning, praising the efforts and directives of the Minister aimed at providing an appropriate environment for the work of the private sector and attracting foreign investments that contribute to achieving development goals, stressing the readiness of the International Finance Corporation to provide more support to many From the joints of development, especially with regard to financing youth projects in all governorates, as well as supporting the Iraqi private sector and improving the environment for laws and legislations in about a year.


To that, the meeting, which was attended by Undersecretary Dr. Maher Hammad and Mr. General Coordinator of the National Youth Project, Dr. Ismail Al-Aboudi, witnessed a discussion of a number of issues related to facilitating the work of the institution in Iraq and the possibility of signing a number of joint memoranda of understanding to finance projects, and increasing the volume of this funding in a manner commensurate with the need of Iraq For reconstruction and development in all governorates, especially with preparations to implement the general population and housing census before the end of this year.

Minister announces the launch of 100,000 job opportunities within months! 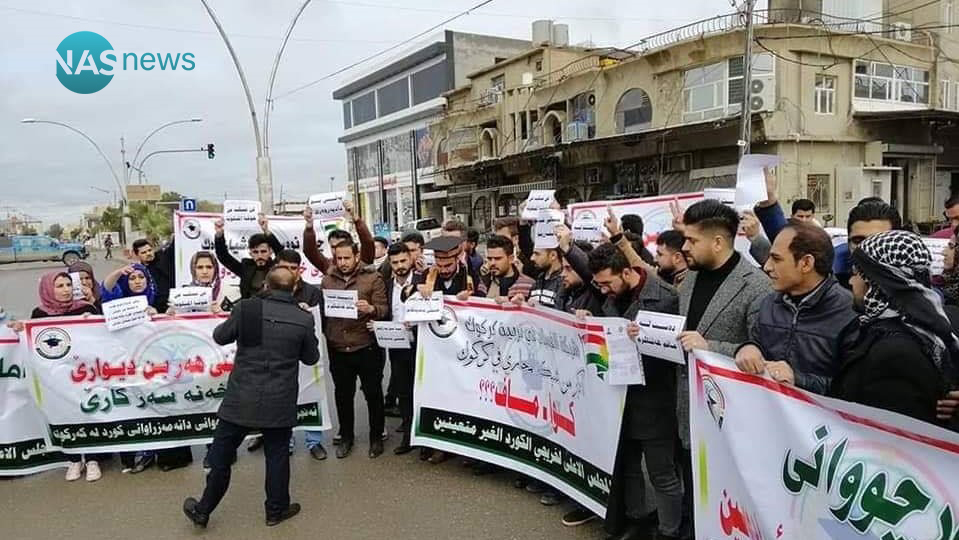 [size=20]Baghdad - people
[size=20]The Minister of Planning, Nuri Sabah Al-Dulaimi, agreed on Monday with the Resident Representative of the International Finance Corporation, member of the World Bank Group in Iraq, Bilal Rabah Al-Saghir, to provide 100 thousand job opportunities in the private sector during the current year 2020 within the project of youth employment in all governorates of the country.


The ministry said in a statement, "People" obtained a copy of it on Monday (2 March 2020) that "Al-Dulaimi held extensive discussions with the World Bank delegation, the most prominent of which was ways to enhance support for the national project to employ unemployed youth."


The ministry’s statement continued, “The Minister Al-Dulaimi revealed the content of government efforts led by the ministry to activate the youth employment project,” valuing “the work of the World Bank Group in support of various sectors of development in Iraq,” and stressed the “importance of the project as one of the ministry’s strategic priorities in empowering and developing the sector The private".


Al-Dulaimi pointed out, in the framework of the research with the World Bank Group, that "the efforts that the ministry went on to achieve with all national and international events aimed at developing the professional capabilities of young people and enabling them to manage their projects that will be implemented through the national project for youth employment."


He stressed "the importance of establishing a vocational institute specialized in training young people in various technical, technical and administrative skills, and preparing economic feasibility studies."


It is noteworthy that Iraq suffers from a steady rise in the percentage of unemployed, especially among the youth segment of university graduates and holders of higher degrees.


Official figures show that the youth unemployment rate exceeds 20%, while international and non-governmental organizations have spoken of twice this percentage.


The main causes of worsening unemployment in Iraq are attributed to mismanagement, widespread corruption, and the absence of real plans to revive the economy, in addition to not opening the way for foreign investment, and dozens of graduates with high degrees of youth often demonstrate in front of the ministries ’headquarters in earlier periods before The demonstrations turn into a public demand to fight corruption, the need to hold corrupt people accountable, and to apply the principle of where you have this in the cover of the law and away from bureaucracy and favoritism.


And attributed the spokesman of the Iraqi Ministry of Planning Abdul-Zahra al-Hindawi earlier in the high unemployment rate in Iraq during the past years to the difficult conditions experienced by Iraq, especially with ISIS elements invaded large areas of the country in the year 2014.


Al-Hindawi emphasized that the recent years witnessed the suspension of many projects and economic activities, which negatively affected the reality of the labor market in Iraq.