Baghdad / Al-Sabah
The President of the Republic, Barham Salih, and the President of the Supreme Judicial Council, Judge Faeq Zaidan, reviewed, together with the Assistant Secretary-General of the United Nations responsible for the prevention of genocide, Adama Deng and his accompanying delegation, separately, ways of cooperation between Iraq and the International Organization in the field of documenting crimes committed by ISIS gangs The right of residents of Iraqi cities before their liberation.
A presidential statement, which was received by Al-Sabah, stated that Saleh, upon receiving the UN official, discussed "international efforts to reduce crimes and violations committed by terrorist organizations against citizens that can be described as" genocide ", And take He stresses the importance of holding those involved in those heinous acts accountable and bringing them to justice through international tribunals to obtain a just punishment. "The statement added that"
United. "
In the context, a statement issued by the media center of the Supreme Judicial Council stated that "Judge Faeq Zaidan received at his office the Assistant Secretary-General of the United Nations responsible for the prevention of genocide, and the accompanying delegation." The statement added that "the President of the Judicial Council discussed the joint cooperation between The Supreme Judicial Council and the United Nations in the field of counter-terrorism. 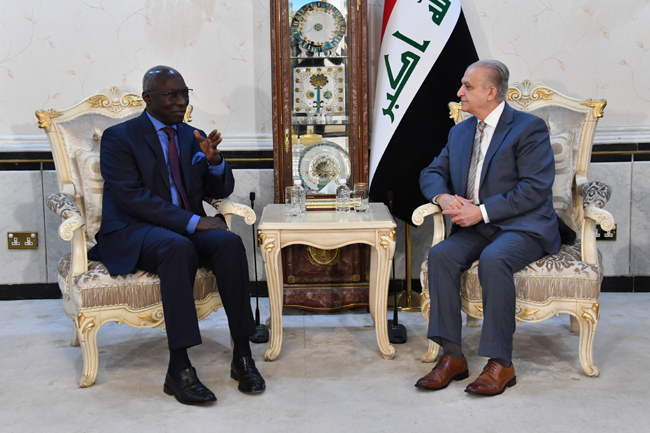 Muhammad Ali al-Hakim met with Minister of Foreign Affairs, Mr. Adama Dieng, the United Nations Deputy Secretary-General for the Prevention of Genocide.
The two sides discussed the security situation in the region, and the ravages of terrorism that are ravaging it, and the two sides also discussed the mechanisms of the investigation team's work.
Minister al-Hakim explained that Iraq was at the forefront of countries that were subjected to terrorism, and in the forefront in confronting and defeating it, adding: The components of the Iraqi society were targeted by ISIS terrorist gangs, and spreading killing, displacement, and destruction of property.
Minister Al-Hakim expressed Iraq’s readiness to provide full support for the success of the team’s mission, stressing the importance of cooperation with the government to prepare the requirements for its work.
For his part, Mr. Dieng expressed his gratitude for the position of Iraq in support of the efforts of the United Nations and the United team to detect ISIS terrorist crimes, noting the need to continue to provide the necessary support for international efforts. 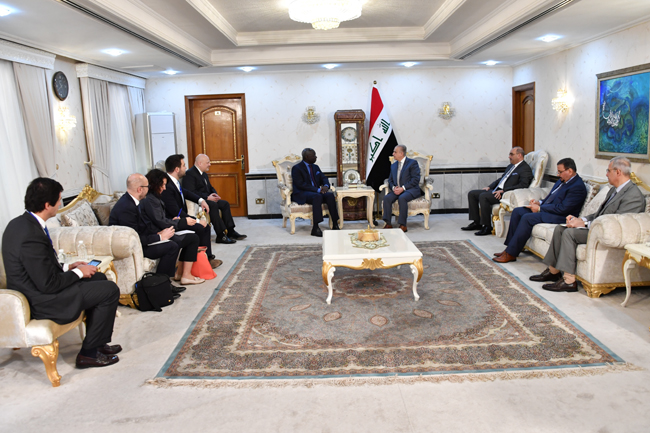 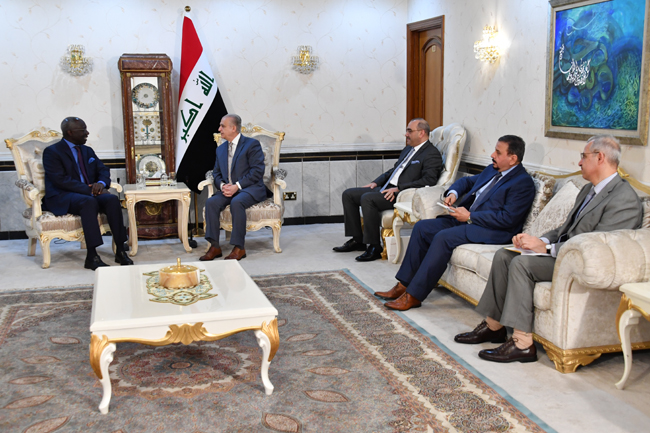 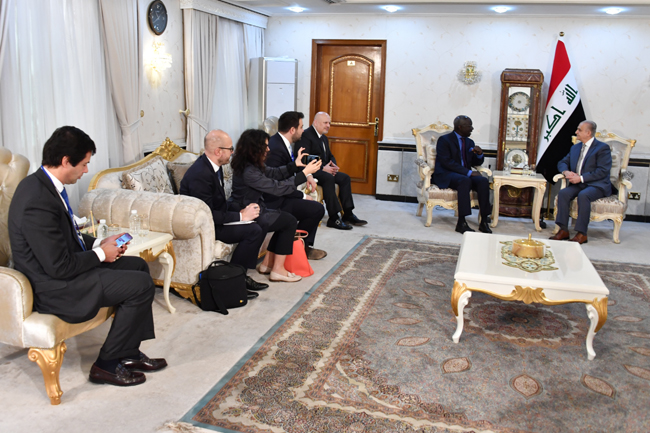 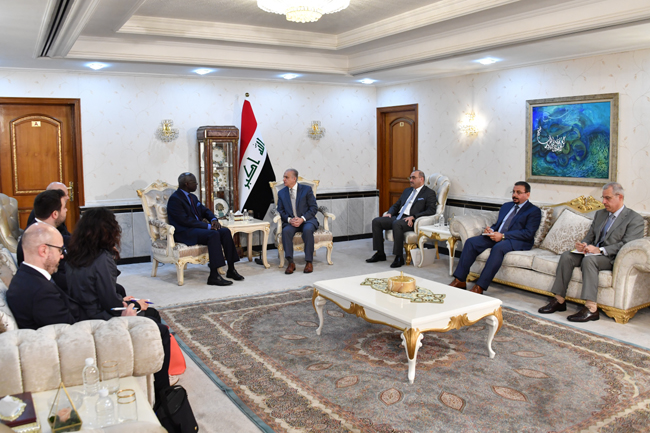