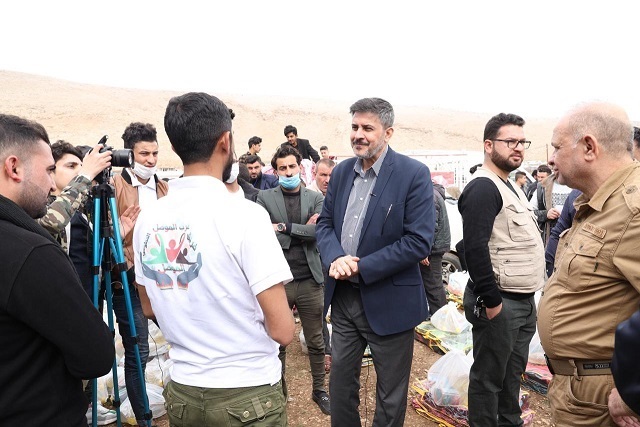 The General Secretariat of the Council of Ministers / Department of Non-Governmental Organizations announced the distribution of humanitarian aid to the displaced (Sardashti) camp in Sinjar Mountain, which included (2350) families with (2350) food parcels and (4,700) blankets.

The Director General of the Non-Governmental Organizations Department, Mr. Mohamed Taher Al-Tamimi, during his supervision of the distribution of relief aid, in the presence of the representative of the National Operations Center, Major General Mohammed al-Shammari, the assistant governor of Nineveh province and the security leaders in the province,

The Federal Government is keen on coordinating local and international efforts to deliver relief aid and aid to the camps for the displaced, especially the remote camps, including (Sardashti) camp which occupies about (2350) displaced families according to the data confirmed by the Ministry of Immigration and Displaced and the relevant international organizations, noting the importance of intensifying The national and international effort to secure the requirements for the voluntary return of the displaced people as a cornerstone for restoring stability in the liberated areas.

Al-Tamimi valued the effective response of local organizations in the governorates of (Baghdad, Najaf al-Ashraf and Kirkuk), by securing food vocabulary and relief items to support the campaign launched by his department on its website, praising the exceptional efforts of the conducting organizations in preparing these materials and contributing to their delivery to their brothers in Mount Sinjar .

To that, during his meeting with a group of camp IDPs, Al-Tamimi revealed new mechanisms and procedures regarding expediting the implementation of the voluntary return files, as well as preparing drafts of decisions to rehabilitate sanitation structures in the Sinjar district and address the administrative affairs of the judiciary, stressing the government's continued follow-up of services and compensation files in order to Obtaining peace and stability, going through the files of kidnappings and survivors, and bringing the perpetrators to justice 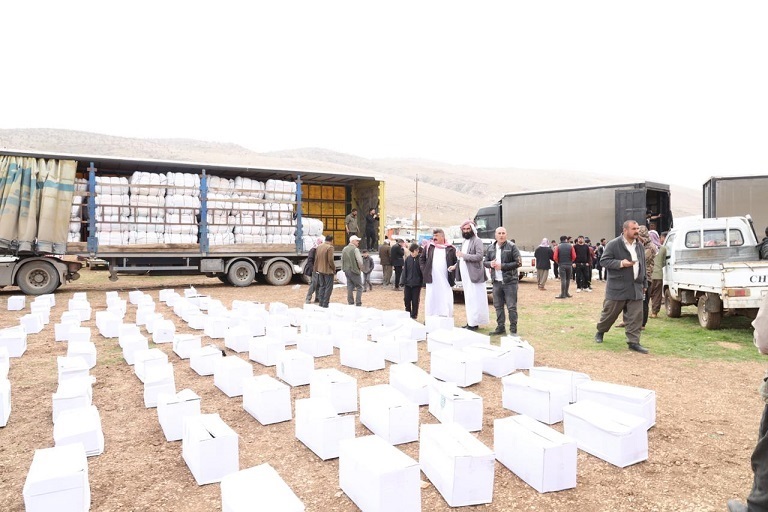