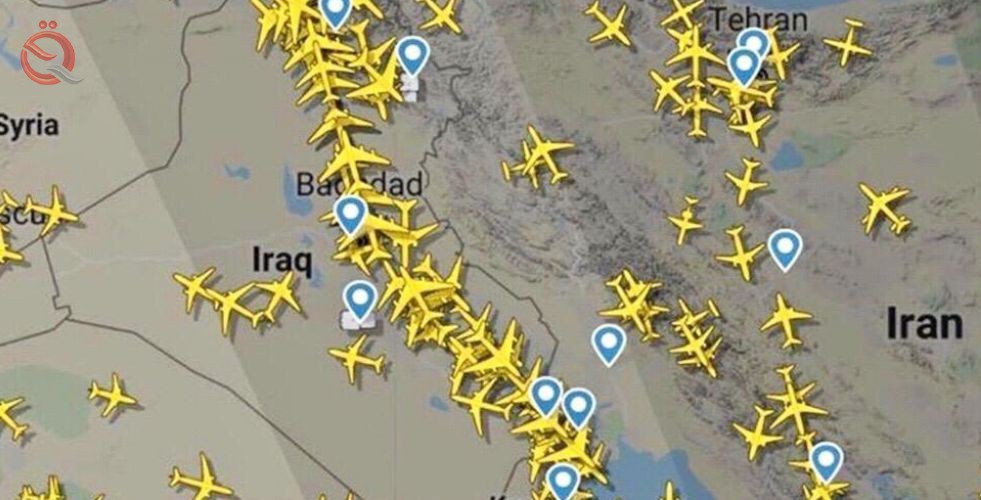 The Ministry of Transport announced, Thursday, that European, foreign and Arab airlines are flying again in our skies after canceling the recommendation of the European Aviation Security Agency that the Iraqi airspace is safer and more stable.
Transport Minister Abdullah Laibi said in a statement, "Economy News" received a copy of it, "We are keen on securing and prevailing airspace in Iraq and the region," noting that "the Ministry of Transport is keen to provide the best navigational services for the aircraft transiting our airspace, and that we are in the process of opening air corridors. New and reduce separation between aircraft to accommodate the great momentum of aircraft crossing over the sky of Iraq. "
He added, "The air navigation company with its specialized cadres was able to renew the confidence of European airlines and resume flying through Iraqi airspace again."
It is worth noting that the Dutch and Norwegian airlines have already resumed their flights in Iraqi airspace early this month after the recommendation made by the Aviation Security Agency to warn against using the skies in Iraq on the 8 and 11 of last January following the recent events in the country and the Middle East region, but the Federation Agency The European Aviation Security retracted its decision on the 24th of the same month, after another evaluation of the information related to the safety of flights in Iraqi space proved that the sky of Iraq is safe and stable.

Today at 4:45 pm by MidnightRider

Yesterday at 3:51 pm by Jayzze

»  Association of Private Banks: the central bank reduced interest on small and medium loans from 6.3% to 4%

» Starting the trial operation of the Mahwel Block Factory, with a capacity of 30 million blocks annually.

» Construction ends land designs to be distributed among citizens

» Frank26 says -- It's time for them to call, show the cards and raise the value.

Yesterday at 3:40 am by Jayzze

Yesterday at 3:33 am by Jayzze

» Jeff says -- Right now they still have to finish what's IMO the two items...the rate change is waiting on -

Yesterday at 3:29 am by Jayzze