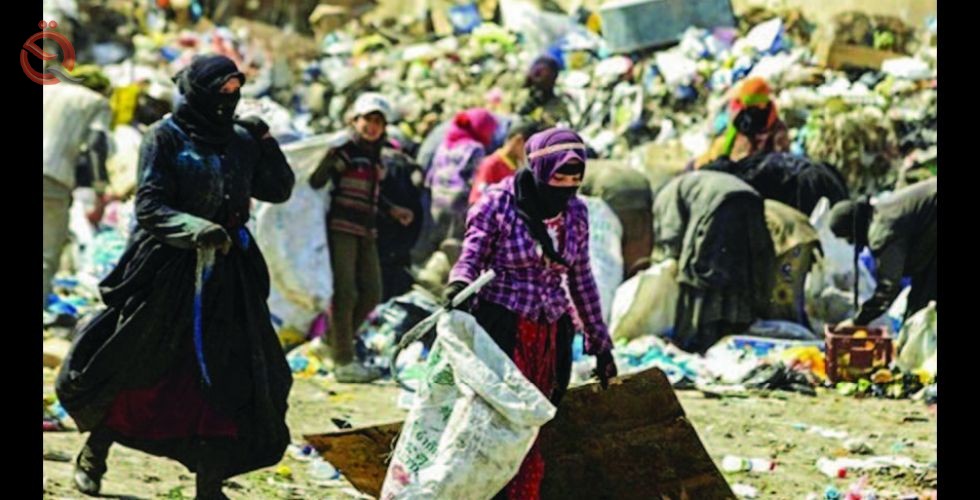 The Ministry of Planning confirmed, on Wednesday, that poverty rates after 2014 increased from 15 percent in 2013 to 22.5 percent in 2014 and beyond, due to the suspension of service and investment projects as a result of the financial and security crisis that occurred at the time.
The spokesperson for the Ministry of Planning, Abdul-Zahra Al-Hindawi, said in an interview with the official "Al-Sabah", which was reviewed by "Al-Iqtisad News", that "after 2018, the ministry launched the national strategy to reduce poverty in Iraq for the period from 2018 to 2022, accompanied by an improvement in the Iraqi scene by liberating it Those who defile ISIS terrorist gangs, as well as the rise in oil prices, not to mention the resumption of suspended projects throughout the country and the resumption of work in the development sector.

Al-Hindawi added, "Those combined reasons may indicate the reason for the presence of investments and entry of international companies, in addition to Iraq obtaining international support that led to an improvement in the standard of living, as rates decreased from 22.5 percent in 2014 to 20 percent at the end of 2018."
And that "these percentages varied between the governorates, according to the economic activity and the development movement in them, as there are some governorates where poverty has decreased, and others have risen and some have maintained the same
level."
He explained that "measuring poverty indicators depends on multiple dimensions, including health, housing, education, income and the need for food, and according to these dimensions the Ministry launched the National Strategy for Poverty Reduction in Iraq for the years 2018-2022."

"The strategy aims to reduce the poverty rate to 16 percent, which is the second after the first strategy that contributed to reducing the poverty rate from 23 percent in 2010 to 15 percent by the end of 2013, but due to the double crisis in 2014 (low oil prices and the war on", Al-Hindawi said. ISIS ") the proportion has risen again to 22.5
percent."
He pointed out that "according to the poverty survey for 2018, it was found that Al-Muthanna Governorate is still ranked first with the highest poverty rate of 52 percent."