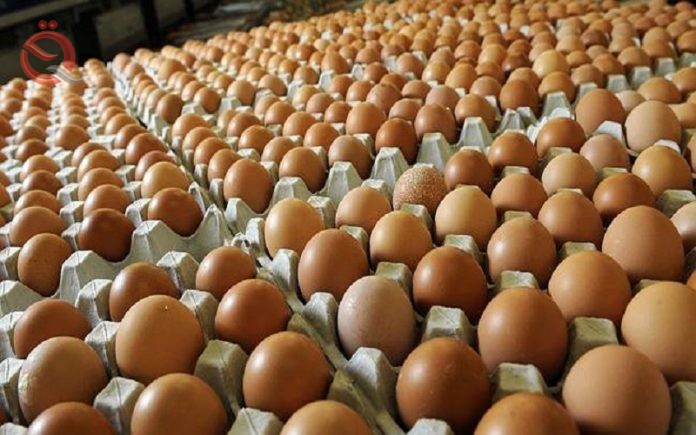 Dhi Qar Agriculture Directorate announced, on Tuesday, that it is close to achieving self-sufficiency in producing table eggs after implementing the decision to support the local product.
The director of the agriculture of Dhi Qar Faraj Themar said in a statement seen by Al-Iqtisad News, that “through the plan to convert chicken fields from land-based to cage-breeding, in addition to the partial application of government decisions to support the local product, the governorate has witnessed a significant increase in the quantities of table eggs And I got close to reaching the stage of achieving self-sufficiency in producing it. ”
Themar said that "egg production is currently approximately four million and 600,000 eggs annually from the fields distributed between the cities of Nasiriyah, Fajr, the Sugar Castle and Al-Gharaf, noting that despite the instability of the conditions in the province, the directorate continues to follow up and implement its plans in the field of implementing the vocabulary of the winter agricultural plan As well as following up the distribution of fertilizers among farmers, as well as providing their needs for agricultural requirements that would enhance production for different crops, improve its quality, and raise the burden on farmers in relation to the cultivation of different crops and vegetables.
Themar pointed out that "the ministry is serious in its endeavors to support peasants and farmers in providing all their needs, especially with regard to agricultural loans and the insurance of greenhouses and others."