Keeping the American forces ... is the most important conditions for approval of the new Iraqi government

Keeping the American forces ... is the most important conditions for approval of the new Iraqi government

[size=42]Keeping the American forces ... is the most important conditions for approval of the new Iraqi government[/size]
16.02.2020 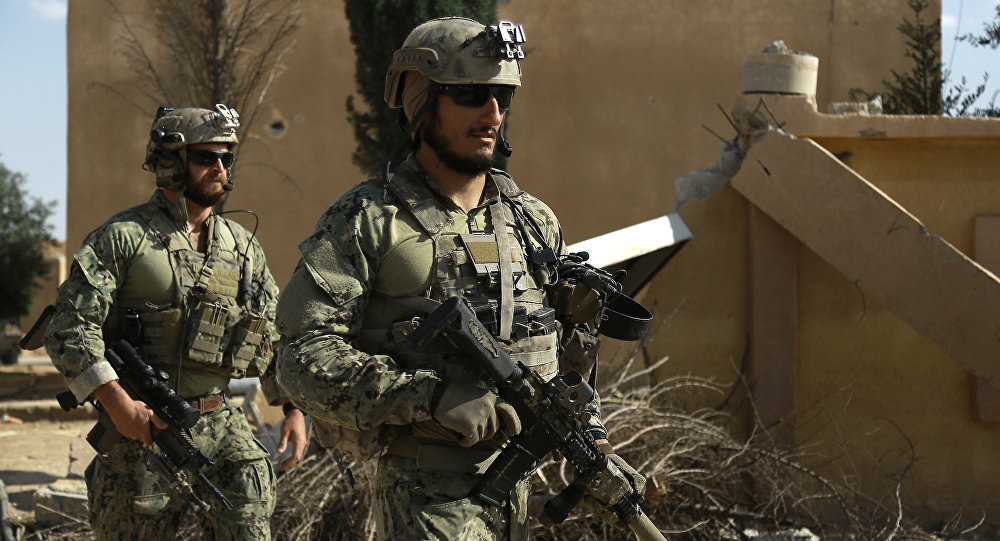 
The Iraqi national forces agreed, with the former president of the Kurdistan region, the leader of the Democratic Party, on six conditions, to form the new Iraqi government, most notably the continuation of cooperation with the international coalition against terrorism, which Parliament voted to end the presence of its American and foreign forces on the fifth of last January .
[rtl]On Sunday, February 16, the Speaker of the Iraqi Parliament, Muhammad al-Halbousi, held important talks with the former President of the region, Masoud Barzani, to agree to form a new government headed by Muhammad Tawfiq Allawi.[/rtl]
[rtl]The Media Office of the Speaker of Parliament, Al-Halbousi, announced in a statement that Sputnik’s correspondent in Iraq had got today that the Speaker of Parliament and the Alliance of Iraqi Forces, accompanied by a number of coalition representatives, met the President of the Kurdistan Democratic Party, Masoud Barzani, in “Erbil” Territory Center.[/rtl]

The media office revealed that the meeting discussed the dimensions of the current situation and the political crisis in Iraq, including the formation of the government.

[rtl]And the number of the statement, 6 points agreed upon by the meeting that took place between the Speaker of Parliament, Halbousi, and the deputies of the Alliance of Forces, with the President of the Kurdistan Democrat, Barzani, the first of which was their agreement to work with all political forces to get out of the current impasse, and to contribute to restoring stability in Baghdad and the southern provinces Iraq.[/rtl]
[rtl]The meeting stressed in the second point, that any upcoming government should be representative of all components of Iraq, and on the basis of national partnership.[/rtl]
[rtl]Third, they agreed that the government program includes a clear vision in preparing for early elections, and as soon as possible, in response to the demands of the demonstrators, and this issue should be a priority for the next government.[/rtl]
[rtl]In the fourth point, they stressed, the government program must include a clear plan to restore prestige to state institutions, maintain societal peace, end external interference, confine arms to the state, and end informal military appearances.[/rtl]
[rtl]Fifthly, the meeting agreed to continue cooperation with the international coalition to help Iraq in facing the threat of terrorism, and to eliminate the remnants of "ISIS", and, sixth, to continue to maintain close communication in order to coordinate positions between the two parties and the rest of the partners.[/rtl]
[rtl]On January 5, the Iraqi Council of Representatives voted unanimously on a parliamentary resolution that includes obliging the Iraqi government to cancel the request for assistance submitted by it to the international coalition to fight the terrorist organization "ISIS", and the Iraqi government's commitment to end the presence of any foreign forces in Iraqi territory, and to prevent it from Using Iraqi lands, waters, and airspace for any reason, and the Iraqi government is committed to restricting weapons to the state.[/rtl]
[rtl]And the Iraqi Prime Minister-designate Tawfiq Allawi announced that they are close to achieving a historic achievement.[/rtl]
[rtl]Allawi said in a tweet on the social networking platform "Twitter", yesterday, Saturday, February 15th, "We are close to achieving a historic achievement by completing an independent ministerial cabinet of the competent and impartial without the intervention of any political party, and we will put the names of this cabinet this week, God willing." Far from rumors and leaks. "[/rtl]
[rtl]"We hope that members of Parliament will respond and vote on them in order to start implementing the demands of the people, " the designated Iraqi Prime Minister added .[/rtl]
[rtl]Allawi, who served as Minister of Communications for two sessions in the government of Prime Minister Nuri al-Maliki, said that on Saturday, January 31, the President of the Republic, Barham Salih, commissioned him to form the new government.[/rtl]
[rtl]The Adel Abdul-Mahdi government in Iraq announced its resignation last November, against the backdrop of violent protests that began in early October, which call for the dismissal of the government and the holding of early parliamentary elections, after the deteriorating economic conditions and the poor level of basic services.[/rtl]
[rtl]https://arabic.sputniknews.com/arab_world/202002161044565286-%D8%A5%D8%A8%D9%82%D8%A7%D8%A1-%D8%A7%D9%84%D9%82%D9%88%D8%A7%D8%AA-%D8%A7%D9%84%D8%A3%D9%85%D8%B1%D9%8A%D9%83%D9%8A%D8%A9-%D8%A3%D8%A8%D8%B1%D8%B2-%D8%B4%D8%B1%D9%88%D8%B7-%D8%A7%D9%84%D9%85%D9%88%D8%A7%D9%81%D9%82%D8%A9-%D8%B9%D9%84%D9%89-%D8%A7%D9%84%D8%AD%D9%83%D9%88%D9%85%D8%A9-%D8%A7%D9%84%D8%B9%D8%B1%D8%A7%D9%82%D9%8A%D8%A9-%D8%A7%D9%84%D8%AC%D8%AF%D9%8A%D8%AF%D8%A9-/
[/rtl]

Page 1 of 1
Permissions in this forum:
You cannot reply to topics in this forum
Who is online?
In total there are 86 users online :: 2 Registered, 0 Hidden and 84 Guests :: 1 Bot