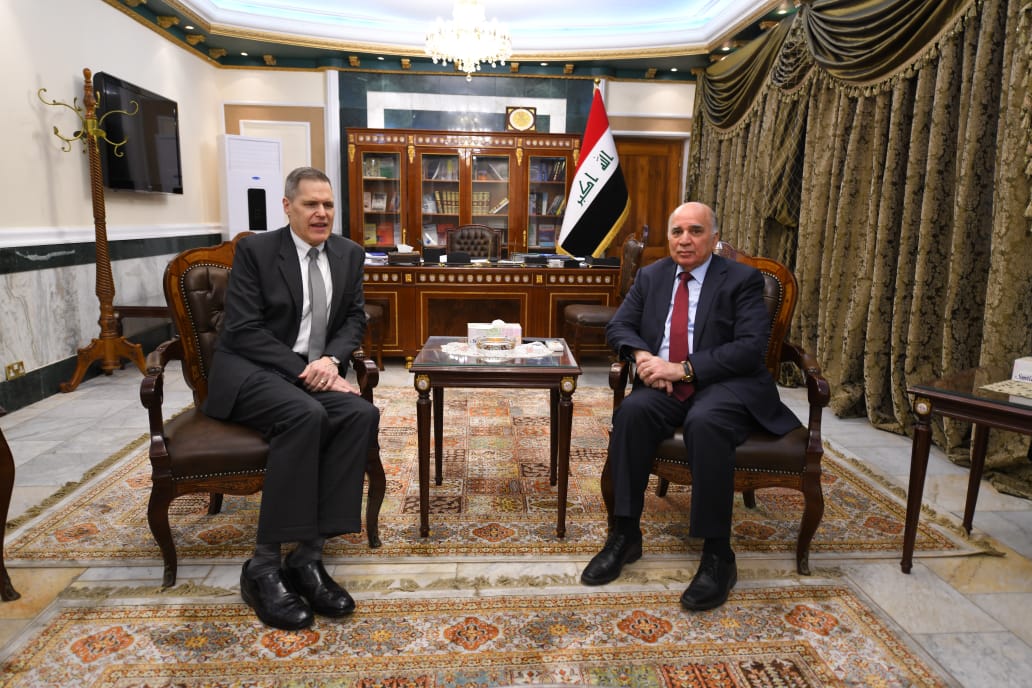 The Deputy Prime Minister for Economic Affairs and Minister of Finance, Mr. Fouad Hussein, met the US ambassador, Matthew Toller

During the meeting, they reviewed the bilateral relations between Iraq and the United States of America and ways to enhance and develop them in the interests of the good and interests of the two friendly peoples

The political situation in the region in general and Iraq in particular, as well as efforts and dialogues to form the new Iraqi government, were also discussed after Mr. President Tawfiq Allawi was tasked with forming the government.

In this context , Deputy Prime Minister pointed out that the Iraqi situation sensitive requires the formation of a national government that will meet the aspirations of the Iraqi people with all its components and create an atmosphere for the holding of general elections involving all spectra of the Iraqi people and to fully reflect their aspirations and hopes