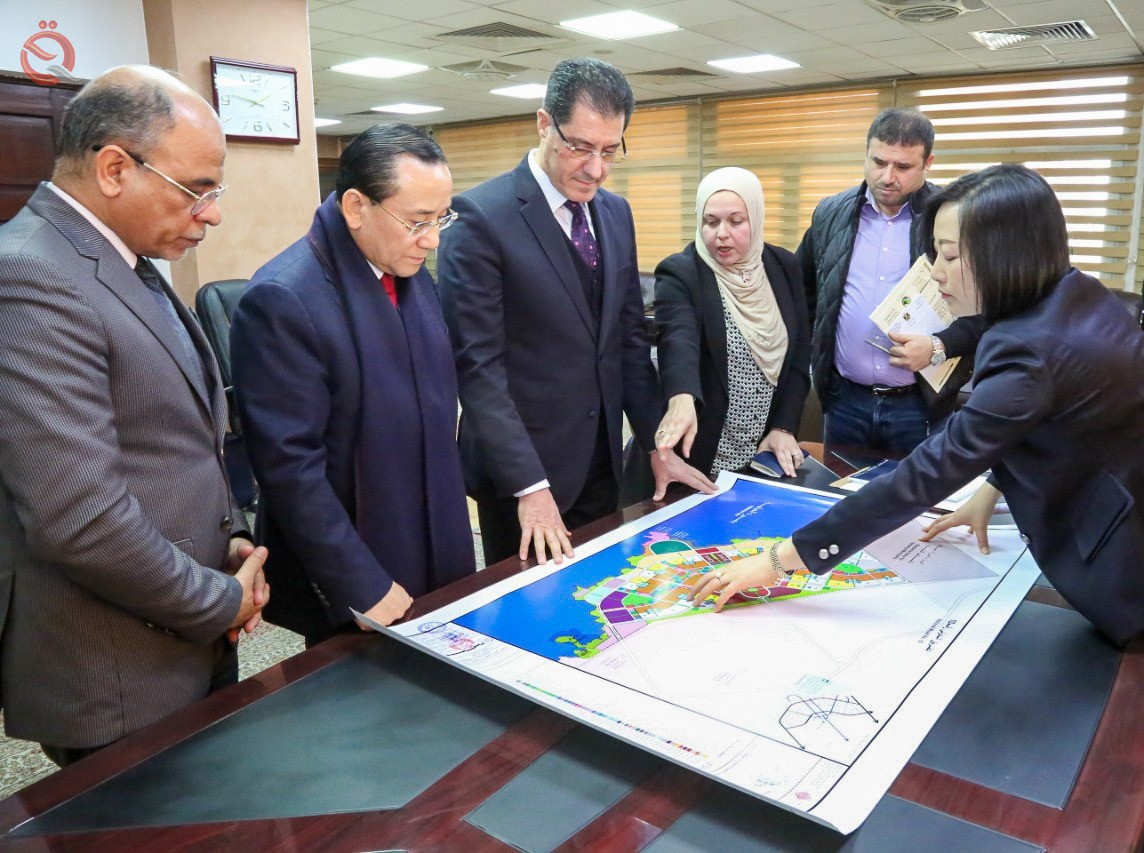 Economy News _ Baghdad
Minister of Planning, Nuri Sabah Al-Dulaimi, announced on Tuesday, the final approval of the new Habbaniyah city project, which is one of the most important strategic projects in Iraq, which will include environmentally friendly factories, universities and modern institutes, specialized training and development centers, and a number of hotels, recreational facilities and sports fields.
Al-Dulaimi emphasized, during his reception, "Jong Moon", the head of the South Korean "Track" group, "Coordination with all relevant authorities to provide the necessary conditions for work, indicating the Iraqi government's keenness to support foreign investments, especially for companies that contribute to developing national capabilities and providing more job opportunities." For young people, as part of the ministry’s strategy that it prepared in the context of the policy of achieving spatial development, to provide an investment environment in all governorates.
He pointed out, "The project is 11 years old and will consist of three phases, the first of which will be 5 years and will include completion of infrastructure that includes water, electricity, roads, health centers and schools, and linking the city to a highway within the international line linking the capital Baghdad and western Iraq, and building 14 One thousand housing units, some of which include low-cost construction, in addition to building an industrial complex in which hundreds of local companies will participate and will provide thousands of opportunities for groups able to work.
For his part, "Moon" expressed his high appreciation "for the efforts of the Minister of Planning to support the investment reality in Iraq and provide appropriate working conditions for specialized international companies, which was reinforced by the minister's visit to South Korea during the month of last September," stressing that "his company completed all preparations to start implementing the Habbaniyah city project El Jadida, which will hopefully start work in the next month. "

Page 1 of 1
Permissions in this forum:
You cannot reply to topics in this forum
Who is online?
In total there are 91 users online :: 1 Registered, 0 Hidden and 90 Guests :: 1 Bot