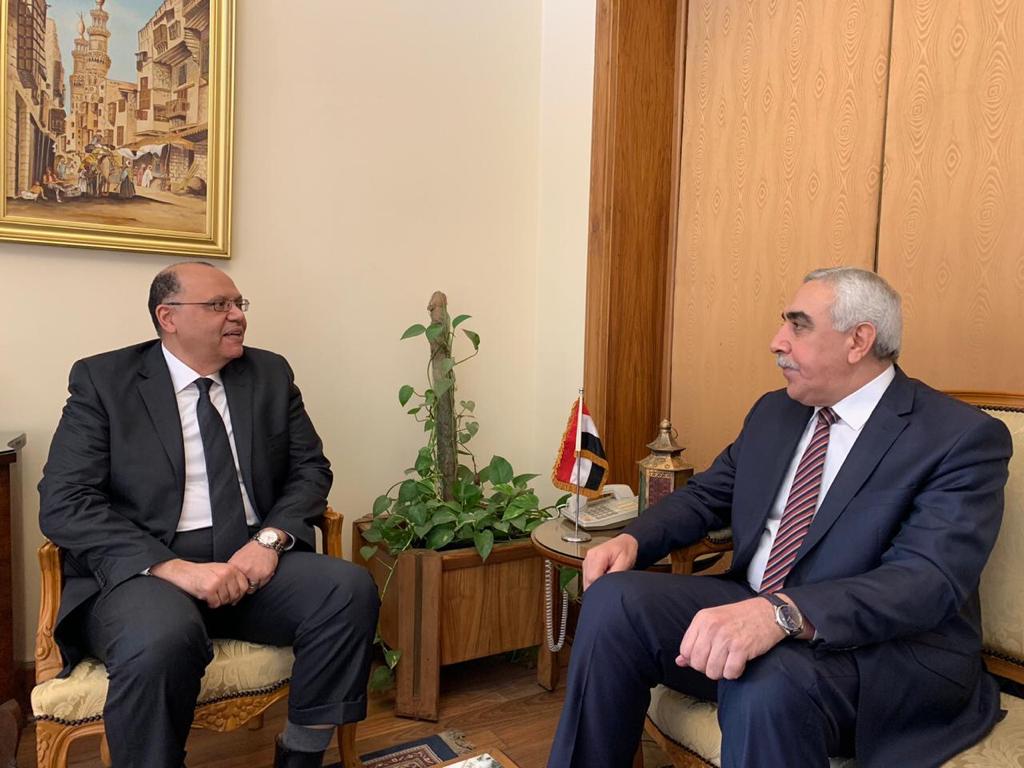 The Ambassador of the Republic of Iraq in Cairo and its permanent representative to the League of Arab States, Dr. Ahmed Nayef Al-Dulaimi, met the Egyptian Assistant Foreign Minister for Arab Affairs, Ambassador Yasser Othman, in the presence of the Deputy Assistant Minister of Foreign Affairs for the Arab Mashreq, His Excellency Ambassador Khaled Anis. During the meeting, bilateral relations were discussed. Between the two brotherly countries and pushing them towards wider horizons.
At the meeting, Ambassador Al-Dulaimi indicated the depth of relations between the two brotherly countries, stressing the necessity of holding the Iraqi-Egyptian joint committee in the near future.
The two sides also discussed the issue of activating the agreement to exempt holders of diplomatic passports and private service from entry visas between the two countries.
In addition, the two sides agreed on the issue of the joint Iraqi-Egyptian high committee, and the necessity of convening it in the near future, due to the great importance it represents in the interest of the two brotherly countries.
For his part, Ambassador Othman pointed out the necessity of strengthening the relationship between the two brotherly countries through exchanging visits and experiences, as Iraq and Egypt represent a history of cooperation, in addition to that they represent a basic pillar of the pillars of the region, pointing out that the Iraqi government is taking successful and important steps to strengthen State institutions, stressing that the Egyptian government is serious in activating the subject of the convening of the joint high committee during the coming period.